50 years ago in June 1969, a clash between gay rights activists and the police of New York City emerged outside a local gay bar known as Stonewall Inn; later becoming known as the Stonewall Riots. During the early hours of Saturday, June 28, nine police officers entered the Stonewall 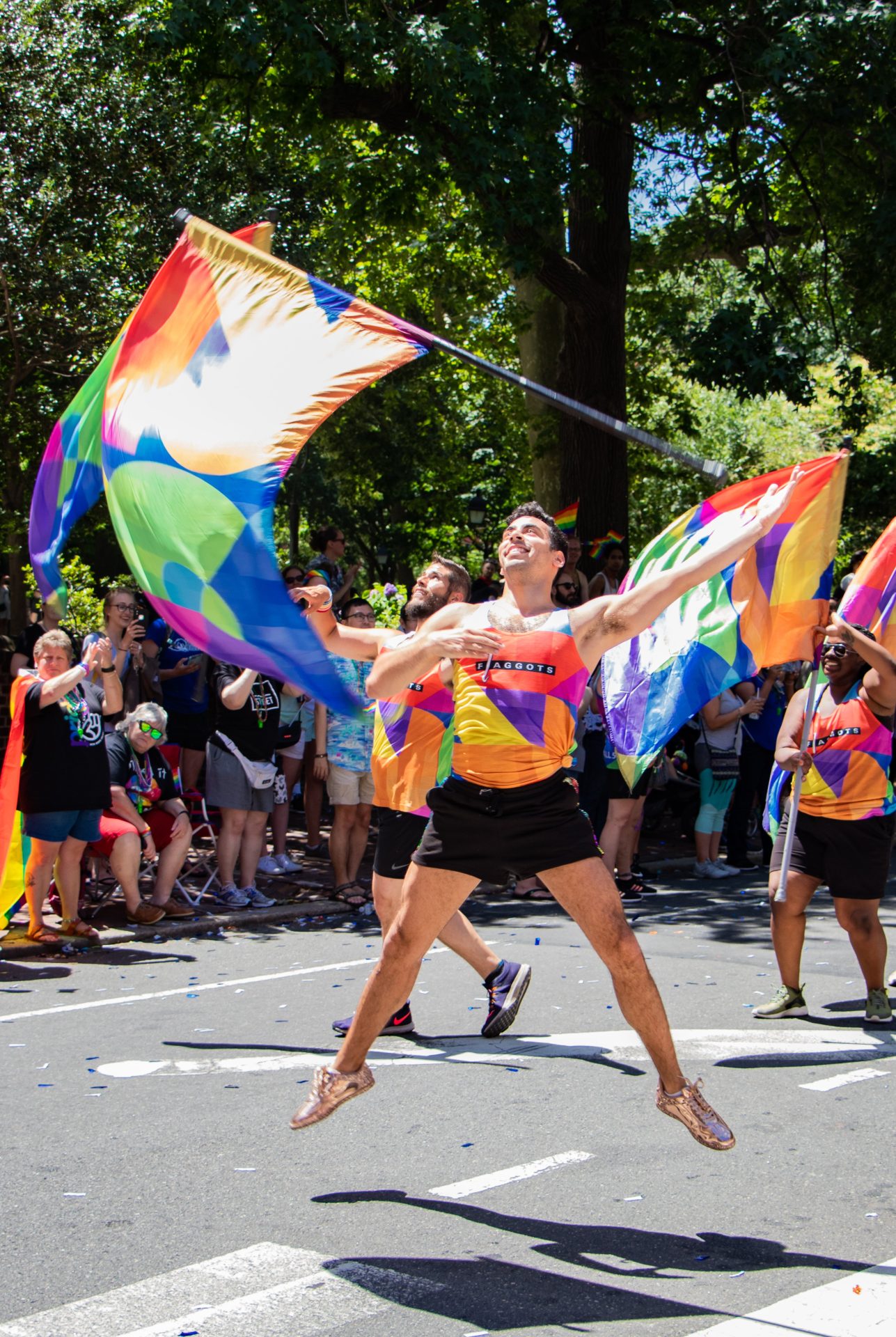 Inn – ending with multiple people being ‘roughed up’ and arrested. For the next several days, local gay right supporters rallied against the harassment and social injustice. Acting as a catalyst, the riots sparked the LGBTQIA+ rights movement.

Today, thousands of parades occur around the world with millions of supporters showing their PRIDE. It has become a gathering and a celebration of differences to honor the years of struggle and discrimination that has been endured, and Philadelphia’s parade is no exception. Starting in the heart of Philadelphia’s “Gayborhood” – a four square-block radius located in Center City where multiple LGBTQIA+ friendly businesses reside – the parade follows a 1.5 mile route to Penn’s Landing Great Plaza where an all-day festival takes place.

As a spectator of the parade you can expect to witness an assortment of color and entertainment with floats, flag twirlers, local companies showing their support, marching bands, participants dressed in drag (individuals wearing clothing more commonly worn by the opposite sex), and thousands of people excitedly cheering. Just by being present you can feel the elation and pride the City of Brother Love gives to this community. Once at Penn’s

Landing Great Plaza, you are able to enter for a nominal fee of $15, giving you access to food and drink vendors, musical entertainment, and plenty of room to celebrate.

Being that Philadelphia is full of amazing restaurants that support the LGBTQIA+ community, you may choose to dine prior to heading over to Penn’s Landing. Eating at places such as Amada, Royal Boucherie, Uzu Sushi Bar, and many more just located between Market and Chestnut St. Philadelphia is a historic city with an abundance of food, love, and excitement – what else could you need. And with transportation from Glassboro to Philadelphia accessible from Rowan’s campus, what are you waiting for?