Gloucester County native Brennen Covely graduated from Rowan University with a degree in Biomedical Engineering and two patents to his name. He returned to pursue his master’s degree through Rowan Global and leads a novel research project studying fetal alcohol syndrome. Brennen takes us through his research and gives us a more detailed look into the M.S. in Biomedical Engineering program from the second year graduate student’s perspective.

What attracted you to biomedical engineering?

Ever since I was a kid, I wanted to be a doctor and be in the medical field. But I quickly discovered how high stress that is and realized I’d rather be doing something to help those that can do that high-stress job instead of just giving up and doing something else.

Was there something specific that stuck out to you about it that you thought, that’s what I need to do?

When I first started looking at the program, it was prosthetics and emerging field prosthetics. 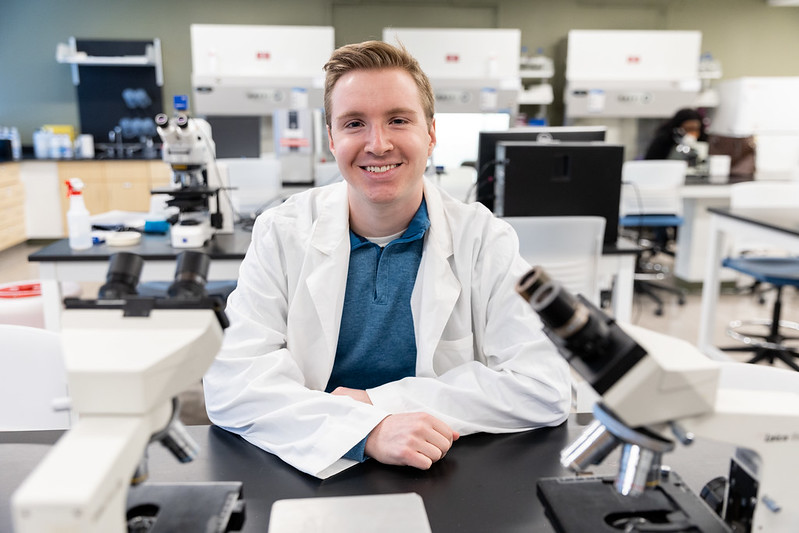 Tell us about the progression from an undergraduate to a graduate student in the Rowan biomedical engineering program.

So when you’re a freshman in the program, it’s very broad. You get a lot of different discipline backgrounds: chemical engineering, mechanical engineering, a whole lot of different things. And then once you get to your junior year, that’s when you dive directly into biomed, in particular, and you start going really hard into that. And then once you go into your graduate years, you get more specific into what you want to do. I went more into the research side.

When I was a junior, I actually did the design half of the program. I graduated my undergrad with two patents, both in surgery. And when I decided to come back for grad school, I came back to Rowan, and I decided to explore the research path.

I live three minutes away. I can ride my bike, the same distance it takes me to drive. So that was … definitely the biggest selling point. But I remember my mom telling me, I remember reassessing where I was going to go to college. And I was very hesitant at first and then she goes, “I wonder if people that live half a mile away from Princeton don’t want to go to Princeton.” And that’s it was like, alright, that makes total sense.

Can you describe the relationship between the professors, your advisors and the students, can you just talk a little bit about the connection?

The faculty, particularly in the biomedical engineering department, are amazing. You can talk to any one of them. I think I have a relationship with basically every single one. When you walk by their offices, they basically have glass walls, so you know if they’re in there or not. They’re busy. They all have their own research to do and everything like that. But if you have a question about class, their office hours aren’t limited. Like they’re not just there that time, you can always come in and if they’re in there, you can talk to them. So it’s very, very welcoming and accommodating. 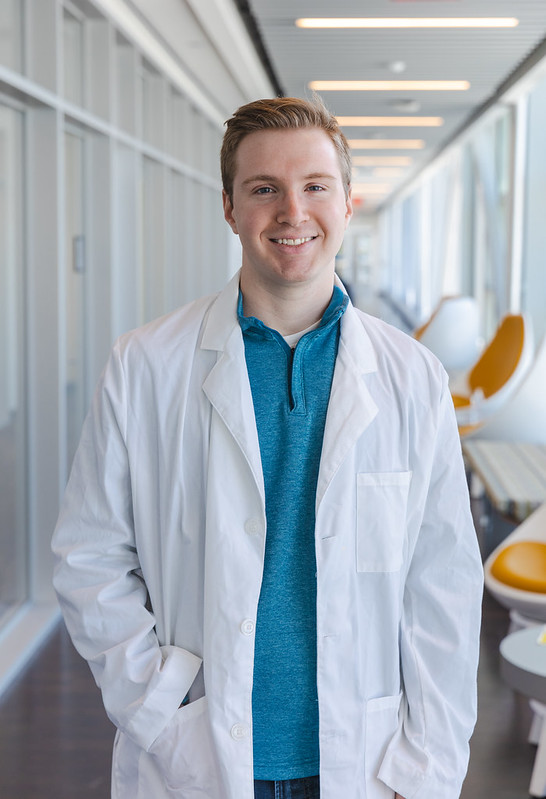 Can you talk more about the graduate program and the opportunities that are there for students that decide to pursue it?

I would say there’s a lot more freedom, but also personal responsibility in the graduate program. You don’t have the oversight you have in the undergrad, but you kind of need to, you’re in charge of everything that you do.

What are you in charge of now? And the team of students that you have?

​​When I started the grad program, my advisor came to me and said, Alright, this is what we have, we are doing planaria, can you think about what you want to do with these organisms? And I was reading this book from Scott Rawls, he was just over at Temple. And he looked at different substance abuses in planaria, and using them as a model to discover, to analyze fetal alcohol disorder. So I wanted to look into that. And as we got more and more into it, we wanted to get more and more specific. And now I talk to Scott Rawls pretty consistently, he’s on the committee. He’s going to be reading my thesis, and it’s cool being able to approach figures in a specific field and them getting back to you and being a part of it.

Can you get a little bit more in depth about the purpose of this research?

Fetal alcohol syndrome disorder is very hard to test and analyze and do research on because you can’t really do that in humans. It’s super unethical. We have animal models, all of them are close, but they all have their drawbacks. So we’re using planaria, which are a simple model. Basically, they’re tiny worms, but they’re the simplest organism in the world that we know of with a central nervous system like ours. They also have the ability to regenerate their heads. So we expose these worms while they’re regenerating to ethanol, and we’re able to see a delay in the regeneration process. We’re hoping that this shows the harmful effects of ethanol, in nerve regeneration … But we can see that process in nerve formation during the central nervous formation in developing fetuses, so that we can see if pregnant mothers, if they abuse alcohol regularly, they’re going to have a higher risk for impact through the development.

Tell us about the undergraduate students that work for you and the impact of that research for them moving forward.

The undergraduates are great. So as I said, it’s mostly my advisor and I coming up with the experiments. But I wouldn’t be able to do it anything half as fast or as specific without the undergraduates, because they each bring their own expertise with them. And we also get to publish papers and things like that. By the time they’re out of this program, they have something that they can show potential employers. 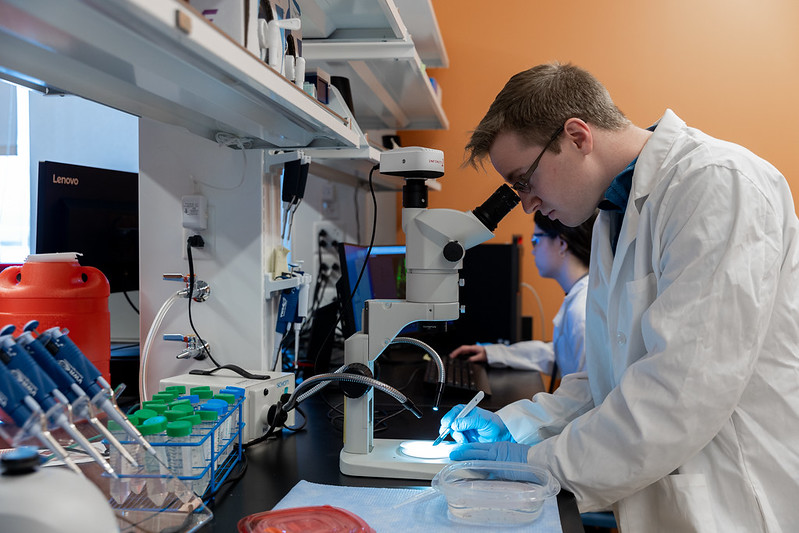 What are you working toward, for yourself?

I think what I’m working toward is to just have a very diverse background so that I am attractive to a large field of employers. I already have those two patents that I got through Rowan. And now I will have a published paper that I’ve gotten through Rowan, so it kind of shows that I can do a lot.

Is there a specific job that you’re looking for, or that you want to get into?

If you asked me after my undergrad, I would have said prosthetics. But now that I’ve done all this, I’ve realized not only how important but how fun research is. So I would like to work in a lab, maybe even come back and get a doctorate at some point in my life.

What would you say to someone who is thinking about getting a master’s or doctorate?

If you’re going to come to graduate school, I would say, plan it out, you’re going have a lot of free time that you think you have free time for. And then you’re going to realize you’re one year in already, and you have to write the whole thesis and you basically want to make sure that you’re working hard from day one, you don’t want to waste time.

And overall, what has been the most rewarding thing for you going to Rowan?

I think it’s nice just coming back. I got to see a lot of my old professors that I hadn’t seen in two years. And then I also got to see some of my classmates that stayed in the program for longer. And it’s also nice … when someone asks what you’re doing … you get to say, this is what I’m doing. And then they go, Oh, that’s pretty cool. Because there’s not a lot of planaria labs in the country. I think there’s only like 30. So it’s cool to be able to be specific and to show a specific picture and say, this is what the end goal is in this research.

See our video with students on Brennen’s research team here: