Future college students will be fortunate to have Ben Wilner as their academic advisor.

The Gloucester County native and aspiring academic counselor, who will complete his master’s degree in the College of Education’s Higher Education track this spring, didn’t initially set his sights on the program until his own interaction with an advisor. 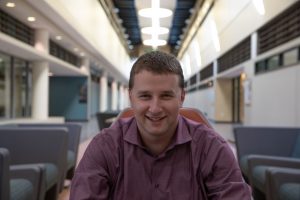 Ben says he wouldn’t be in college without a love of music, for which he’s a triple threat in voice, guitar and piano. He had just graduated from high school to pursue music at Rowan when the overwhelm set in.

“I overcame it that first semester, and my entire undergraduate years I got help when I needed it and asked for assistance for the resources I need to obtain, like the Disability Resources office [also called the Academic Success Center] or academic coaching or my professors,” Ben says. “I always say to have connections with your professors. I feel like this transition showed me that it’s a lot different.”

After his first semester, Ben, working with the Academic Success Center, met regularly with his academic coach, who he says honed his writing, editing and organizational skills.

He also registered with the Testing Center, which he says helped him with both test-taking and studying. The Testing Center was “welcoming and allowed me to do my tests and quizzes in a quieter space,” Ben adds. 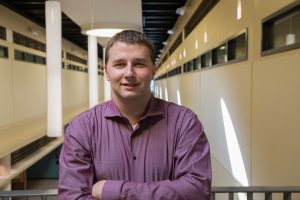 Ben’s academic career flourished after that first semester. He joined the Delta Alpha Pi Honor Society and Sigma Alpha Lambda, a national leadership honor society. He presented at Rowan’s College Prep Transition Conference, which offers workshops and tools to support students with disabilities and their families as they head toward college life.

His own advising experience, along with the guidance he received through the Academic Success Center, pivoted Ben’s career path from music to counseling. He’s applying his graduate coursework to an internship this year with the Academic Success Center, working with students who may be struggling as he once was — which speaks to why he’s so passionate about his future career:

“I really was inspired by how much I have learned in the college setting, the resources I used to succeed in the college environment,” Ben says. He hopes to “help students advocate for themselves, making sure they do what they need to do to succeed. It’s not easy, but they’ve got to take one day at a time to break those obstacles.

“I’d like to help those students to keep going and never give up. Every student, no matter their differences are.” 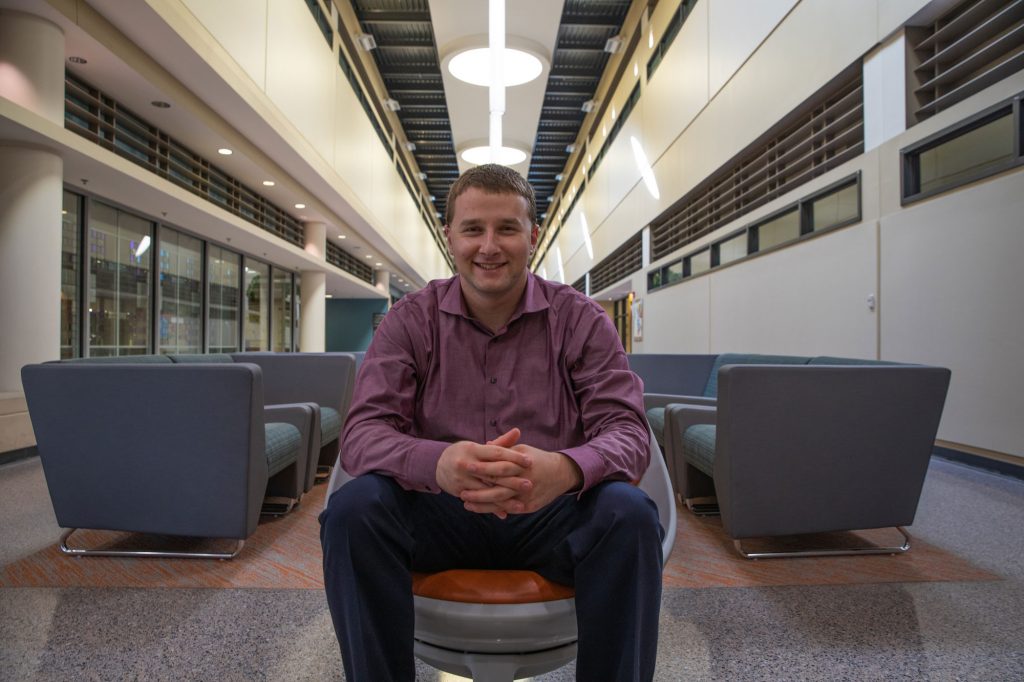