Today, we speak with Kevin McCarthy, a freshman disaster preparedness and emergency management, and political science major from Cranford (Union County), NJ, who lives on campus in Willow Hall. Kevin will share his #PROFspective with us on what it’s like to be a Rowan University student and how he’s getting the most out of his college experience as a Rowan Prof. 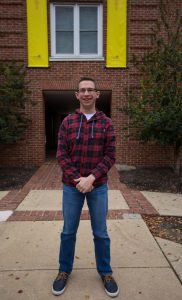 Do you work on campus? Yes, student worker at The Student Government Association

Do you have an off-campus job? Over the summers I teach Scoutcraft at Rodney Scout Reservation in North East Maryland.

Why did you chose your major? Hurricanes Irene and Sandy had a huge impact on my life. Irene severely impacted my hometown and my grandparents, who live in Seaside Park, were affected by Sandy. 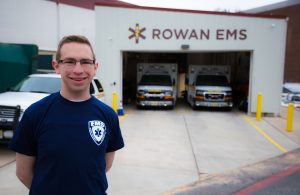 One reason why you chose Rowan? I chose Rowan University because it gave me the hometown feel at an affordable price. Also, Rowan was the only state university that offered Disaster Preparedness and Emergency Management.

My typical day as a Rowan student:

On a typical morning, I usually roll out of bed after I hit snooze for the 10th time, get showered, dressed and make a cup of coffee in my Keurig before heading to my 8am statistics class or work. On Monday and Wednesday, my schedule consists of working at the Student Government Association, where I make some pretty mean photocopies and tell people who they want to talk to. After I get out of work, I grab food and take the hike over to the Enterprise Center for College Composition. Once class gets out I typically attempt to do homework in Holly Pointe with friends until I realize it’s 12:00 am and I have an 8 am tomorrow morning. 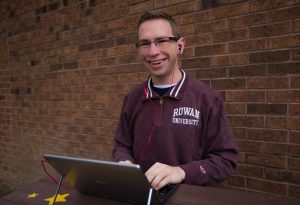 On Tuesdays and Thursdays I have 8 am Statistics, which is everyone’s dream class *he says sarcastically*, then 9:30 am Psychology. After, I typically grab lunch with friends until my 12:30 pm Macroeconomics, where I attempt to pay attention with that after-lunch-feel. After Econ, I am done with classes until my 6:30-9:15 pm Homeland Security class where we learn about topics ranging from terrorist attacks to hurricanes. Luckily my schedule allows me to have Fridays off to do “adulting” things such as tackling my ever growing laundry pile, catching up on some sleep, and homework, all before my 1:45 pm FLIP meetings. 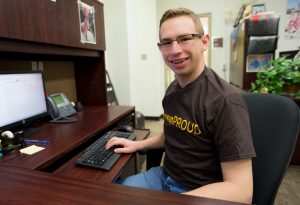 Throughout the week, I am involved in various clubs such as EMS and Unified Sports where for the soccer season I was an assistant coach for the Purple Team. One of my biggest time commitments, club wise, is Residence Hall Association (RHA) where I serve as Magnolia and Willow Hall Council President, and on the President’s Council. President’s Council is an advocacy group to improve the residence experience.

Weekends are hectic as I try to stay involved on campus as much as possible. By going to Rowan After Hours (RAH), taking part in the SUP off campus trips like pumpkin picking, terror behind the walls, Waitress on Broadway, or just hanging out with my friends. Much to my family’s chagrin, college has kept me extremely busy, and I have only been home once since move in day.

Story organized and photography by: 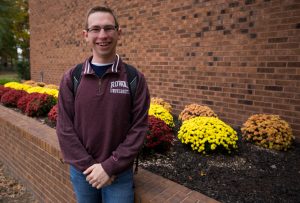