Never in a million years did Shafayeth Syed, “Sha”, think that his pastime activities of vlogging and making humorous videos would go viral, but here he stands today with 132,000 views, 2,200 reactions and 1,400 shares on his latest video This Kid Made A Music Video At His Graduation. 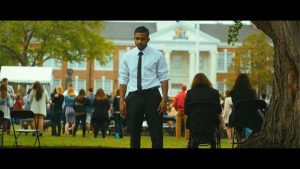 This Muslim rapper was raised in New York and currently resides in Atlantic City, N.J., commuting daily to Rowan University as an education and biological sciences major. 2017 was Sha’s year to graduate, a typically joyous time for students. However, the past few months presented just about the complete opposite for Sha.

When it rains, it pours, and Sha was not prepared. A few months ago, Sha’s mother passed away. On top of dealing with the loss of a loved one, he failed his Praxis Test by one point and recently became a victim of fraud, swiping him of all his money and leaving his bank account in the negative $2,000’s. This was an all-time low for Sha.

“With all this negative going on in my life,” he said, “I decided I have to make a song. There’s nothing else I can do.”

And with that, Sha created something that would take the internet by storm.

“I just try to stay positive. If I work hard, something will happen.”

As a kid growing up, Sha was always creative. He would create his own music and rap his lyrics. Participating in rap battles and performing at open mics like Profs Spotlight, which showcases Rowan students on the first Monday of each month in the Student Center, allowed an outlet for Sha to show his talent and express his passion. His current life situation presented a lot of content to work with, and Sha began to write. 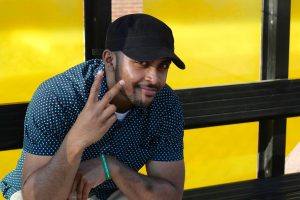 Within a few days, this “previous rapper” was ready to make his comeback. He had the lyrics, now all he needed was the footage. Sha would record this music video at his graduation commencement ceremony, and his day looked like the following …

10:00 am: Pre-recording. Sha, his “team” as he referred his friends to, and his camera guy went to various spots around the Rowan campus to capture video footage. They walked through building hallways, stood at the clock near Savitz, rapped on the football field and shot in the ticket booth. Sha, the master of the camera and the guy with the vision, pre-set the camera settings and set up the shots, making his camera guy’s job easy by simply just recording the action.

2:00 pm: Graduation. Once the ceremony was complete, Sha went to celebrate with his family at dinner. 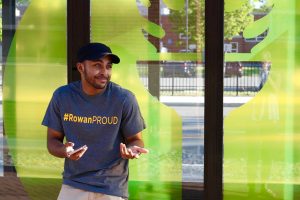 8:00 pm- 5:00 am: Editing. This process was long and tedious, but Sha was running on an adrenaline rush. “While I was editing, I knew something was special,” Sha said. “I was crying while editing this video because it was that touching.”

He slept for three hours, waking up at 8:00 am to do the final touch-ups, and then the video went live on Facebook. Sha expected about 5,000 views, reaching the entire Rowan community and local family and friends, but his video took him for a surprise.

“We weren’t just locally viral anymore… we were viral,” he said.

He called upon his Rowan friends, peers, students and professors to “feed the fire”, asking them to share the video on their Facebooks. With the help of many, the video became a huge hit racking up 132,000 views. 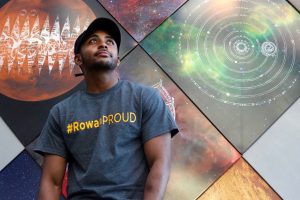 Sha claims the video’s success was due to a multiple amount of things: a graduation, a music video, a Muslim rapper and the optimistic viewpoint and inspirational message he presents. When life hits you hard, you have to stand up and come back at it even stronger, and Sha doesn’t plan to stop here.

He plans on continuing to make videos for his YouTube account “Vlimpse” where he shows video glimpses of his life and adventures him and his friends are up to. The first video he ever shot was on Rowan campus. Along with this, Sha substitute teaches. Once he passes the Praxis Test and is able to professionally teach on his own, Sha has hopes of becoming the next “rapping science teacher”, combining his two passions to inspire and motivate students. He feels that he is fully equipped for his future career due to his education he received at Rowan University.

“This is where I come from, and I will continue to remain Rowan Proud as I go onto bigger and better things,” he says.

Sha’s dream is for Ellen DeGeneres to see his video so he can raise awareness for his story, his alma mater, and his family. Until then, he remains humble and hopeful, owing a big portion of his success to Rowan University.

“I don’t know what the future holds for me, but I have to feed the fire, continue to make music and apply to as many bio-related jobs as possible, now that I have this biological science degree.” 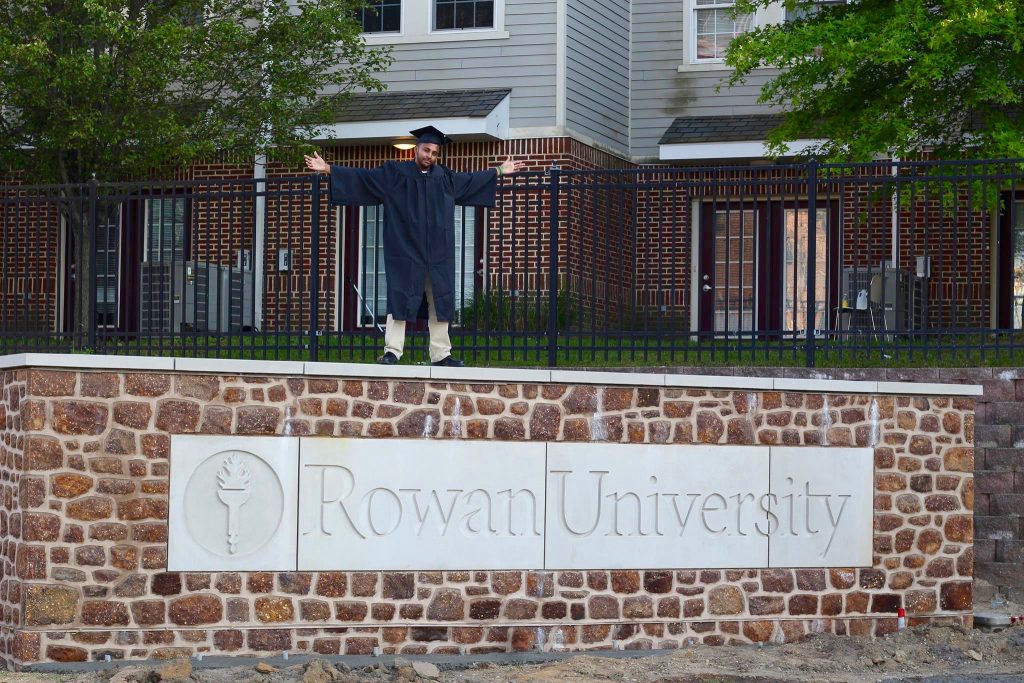