Inside Tohill Theater, it is nearly pitch black except for the glow of two computer screens. Behind the screens sit a team of magicians, creating a story on stage – not with acting, but with light.

Onstage is the classic horror story of Carrie, made famous by the 1970’s film featuring a bloody prom, and brought to life by the talented design team. However, one team member stands out as the only student to earn the title of designer. 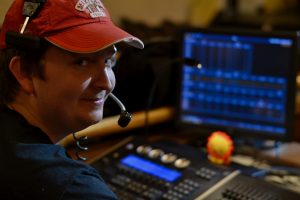 That student is junior technical theatre major Tim Laxton. An out-of-state student from western Maryland, Laxton is the only undergraduate to be considered co-designer this mainstage season. This coveted position working with Resident Lighting Designer Robert Thorpe earns Laxton experience that students would be hard-pressed to find elsewhere.

“My job is to design alongside Professor Thorpe, providing input throughout the process to color choices, lighting levels, and anything else within the design realm. We start planning for a show months in advance, coming together to create a unified image of what the show should look like,” Laxton says of his current role, working on Carrie: The Musical.

This process isn’t all smooth sailing, according to Resident Lighting Designer Robert Thorpe, “If you want to design, it’s not easy. This guy is working 200 to 300 hours on one show for me. Work calls are 5 to 6 days week, each for 4 to 8 hours at a time.”

It took Laxton years to build up to this. He started his career at Rowan as part of the electrics team, working his way up from master electrician, to assistant lighting designer, associate lighting designer, and finally co-designer. Thorpe says the next step is for Laxton to take over completely next year.

“Tim has an eye. He’s intuitive; he’ll bring ideas up about things I miss – so I let him go for it. I force him, in a good way, to take control,” says Thorpe of Laxton’s style. 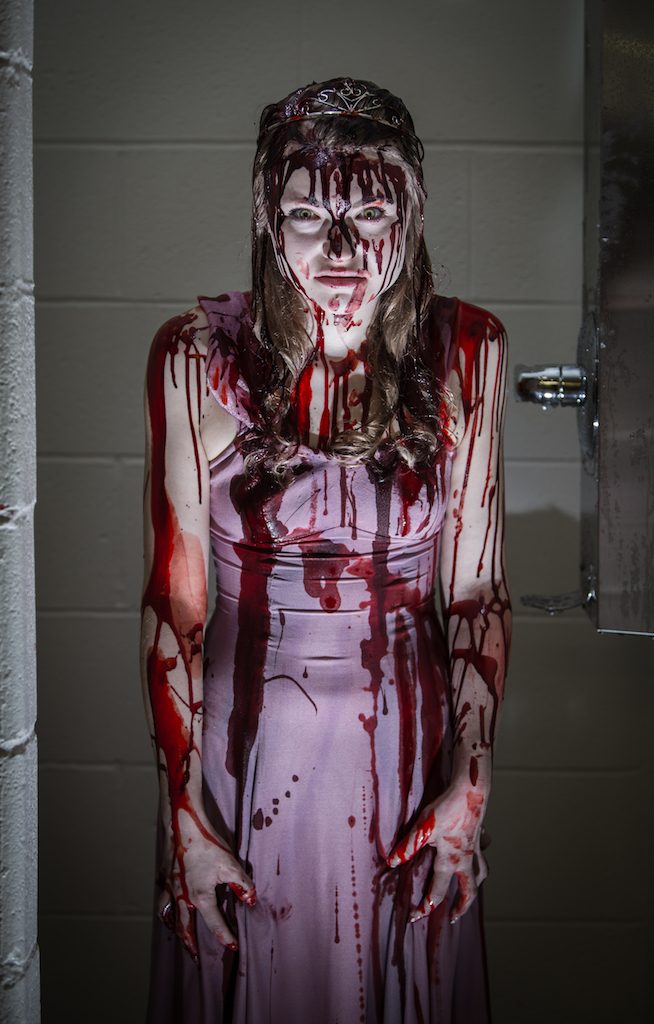 Student designers are not new to the Department of Theatre and Dance, but the opportunity is not given to just anyone. Only two students have previously earned this title, both immediately finding success in the professional world.

“I hope to become a lighting board programmer or lighting consultant in the Washington, DC, area when I graduate. Here I have worked with professionals known across the industry. Not only that, but Rowan has allowed me to attend lighting conferences, like the United States Institute of Technical Theatre, to network with countless lighting businesses and designers.” says Laxton of his time at Rowan.

Rowan University’s Department of Theatre and Dance aims to create artists, like Laxton, who can become informed masters of their own careers, something that Resident Lighting Designer Bob Thorpe feels particularly strongly about.

“The goal is to have students design on the mainstage,” says Thorpe, “If you want to be a designer when you graduate, you have to know how to work. I’m lucky right now that I’ve got some amazing students, and Tim’s the guy.”

Thorpe and Laxton are busy in technical rehearsals for Carrie: The Musical, lighting up Rowan’s Tohill Theater from April 6 through April 12. However, the real excitement for Laxton comes just before opening.

“Once we finish lighting, everything finally clicks together and it looks perfect for the first time. Watching it all come together is one of the best feelings in the world for me. It’s magic.” 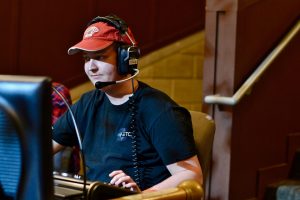 Carrie: The Musical promises to be a chilling, reimagining of Stephen King’s first published novel about misfit Carrie White. Her struggles with an overprotective mother push the bullied high school outcast to the breaking point. Here, the discovery of her telekinetic abilities and destructive powers are musicalized in dramatic fashion.

See the story realized onstage, aided by the designs of the Thorpe and Laxton duo, on the Tohill Stage in Bunce Hall, Thursday, April 6 through Wednesday, April 12. Join us for a special talk back after the April 7 performance. Tickets are free for Rowan students with ID; $10 for alumni, faculty, military, seniors, non-Rowan students and children; $15 for adults. Buy tickets here.

For more information about the show, videos, and sneak peeks, check out our Facebook page and website www.carrieatrowan.com.