As the middle of my second semester of freshman year at Rowan approached, it became time to being looking into housing for the fall semester. Usually after being on campus for a semester, students have a pretty good grasp on where all of the on campus housing is, as well as an idea of where they want to live their next year as a sophomore. My dream on campus housing happened to be “Robo” formally known as Rowan Boulevard Apartments. Almost every sophomore that I met or became friends with in my first year had lived there; it seemed like the absolute place to be. Unfortunately, when it came time to sign up for housing, there was nothing available in Robo. This left me with my second option, Townhouse Apartments. I’ll admit, I was a little upset over not getting into Robo, I even submitted a “Change Housing Request” the day I was assigned to Townhouses. I soon realized it would be something I would have to put up with for the time being, but it wasn’t the end of the world. Soon enough, summer came to an end and move in day crept up on us all. I had all of my things prepared for the big day yet I was lagging a little knowing all of my friends were moving their things into Robo. As I finished the final touches on my room, though, it didn’t seem all that bad after all. I was excited to take on the new year with my new housing arrangement and Townhouses began to feel like home. The set up of these buildings is one of my favorite parts of living there. There are three levels to each student townhouse, including two bathrooms. The first floor contains a living room/lounge area and the other half being a kitchen with all of the necessary cooking appliances. The next two floors each have two separate bedrooms rooms on each end as well as a bathroom. There is the perfect mixture of privacy, but also being able to spend time with roommates during the day and night. Along with the set up, my absolute favorite part has to be that all of my classes are over/under a two minute walk from my building. Rolling out of bed and going straight to class is one of the biggest perks of all time living on campus, especially as the cold weather begins to approach. In ways more than one, Townhouses worked out for me in the long run. I am happy that I ended up where I believe I am truly supposed to be my sophomore year of college, Townhouse Apartments at Rowan University. By: Marisa Sargenti, Hamilton, NJ (Mercer County) Double major, public relations and advertising 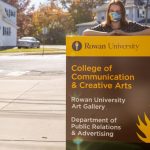 Beyond the Classroom: Events and Publications Intern Jessica Newell - 15 Jan , 2021 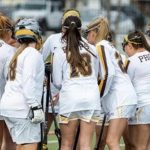 The Best And Worst of Being A Collegiate Student-Athlete: Sophomore Women’s Lacrosse Natalie DePersia - 15 Jan , 2021 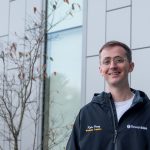 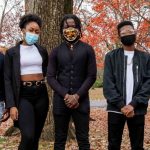 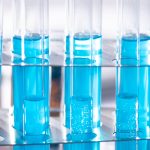