Joseph Albanese of Gloucester County, NJ is a 2021 Rowan University alumnus who majored in Computer Science. Joseph works for the company Freefly Systems as a software engineer for the organization’s Alta X drone technology. Whether that be through dealing with maintenance on the front and backend of coding on drones, Joseph Albanese is a diligent worker and proud graduate of the Rowan College of Science and Mathematics.

What is computer science?

Computer science is the study of computers and software. Rowan’s program particularly focuses on the software end of things. There’s a lot of different subcategories that you can get into within the major such as artificial intelligence and robotics, which also has a focus on low level code running on boards. You could also get into applications programming where you’re running codes on applications that you use everyday such as social media.

There are a lot of other categories within this encompassing field that all relate to computers and the software that runs them.

What are the different avenues like within the field?

Computer science is used in just about everything you can think of now. For instance, your car has a small computer that controls the electronics like the air-to-fuel ratio and a ton of other little things that you don’t even think about in your day-to-day life. Your phone runs an entire operating system that has computer programs running on it. You can go into fields like robotics or drones where you’re focusing on those low-level bits and manage flight dynamics.

You could also go into more high-level things such as writing the software that you use to interact with other pieces of software or devices. You could go into cloud programming or web development where you develop a net of servers and develop all of the different actions that the servers are performing. There’s a huge breadth of things that you can do with computer science in general.

What are some positions that you can find in computer science?

You can be an embedded software engineer where you’re specifically focusing on the development of software that runs on boards. You can think about dominos, where you’re taking these pins that have input and output signals and you have to do an operation in between. You take the input and do some form of an operation between sending out outputs.

With robotics there’s a huge application for that. You can work in an automotive field, you can work with developing cameras that even you guys [editor’s note: our camera crew] are using right now. You could also be a web developer, which has two different subsections with the frontend and backend of things.

For the frontend of things, you can work on the user interface and how buttons appear on the screen and how the user is going to interact and act with that sort of thing. On the backend, you’re managing how data is transmitted from a user, how it’s stored, as well as the operations that you perform on it. There’s a lot of different avenues that you can go about doing.

A lot of what I did at Rowan was lower level application development. I focused quite a bit on writing Linux applications at Rowan University like what was in my capstone classes. Our senior project had us contracted by ASRC to build an application that they were going to use. 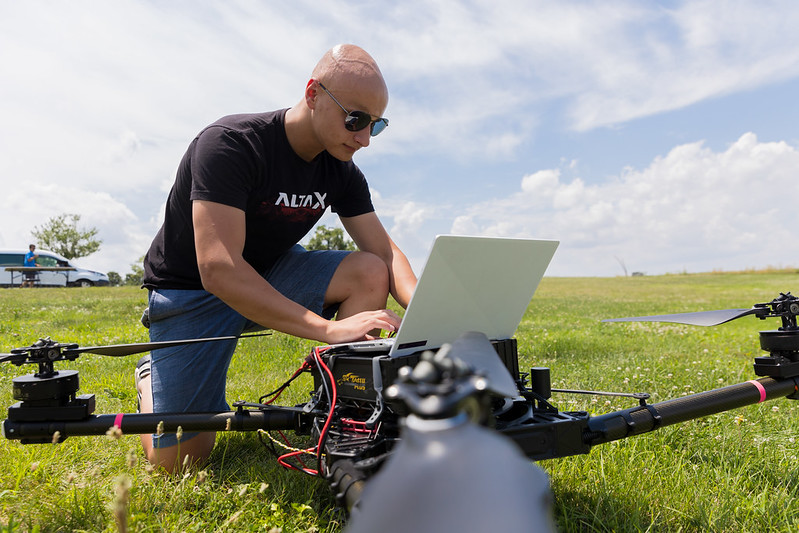 What was the coolest application that you developed at Rowan?

The two coolest things that I did at Rowan were that ASRC project where we wrote a messaging system to send text messages back and forth between servers. The coolest thing about that was that it was decentralized. There was no central server keeping track of the messages, the messages would go directly from one computer to another computer and only to the user that was supposed to be receiving it. If any of the other computers had gone down you could still communicate with all the other ones. If you brought it back up it would automatically be joined back up into the network and communicate again.

Another cool project that I did at Rowan was building a Spotify recommendation website. If you connect to the website or link your own Spotify account with our website it would give you the option to like songs. The website would then take all of the different characteristics of the songs that you had selected such as the keys, the speed of the song, the different notes that would play, and it would compile all that together to craft a playlist for the specific user.

What do you enjoy the most about the field?

There’s a huge variety in what you can do. There’s a lot of interesting jobs that you can get in computer science but I would say that the thing that I like the most about computer science and engineering in general is getting problems and solving them. I get a lot of satisfaction from it. When I get a problem that I have no idea how to approach, getting to know about it and cracking the code and figuring out what I need to do is fun. 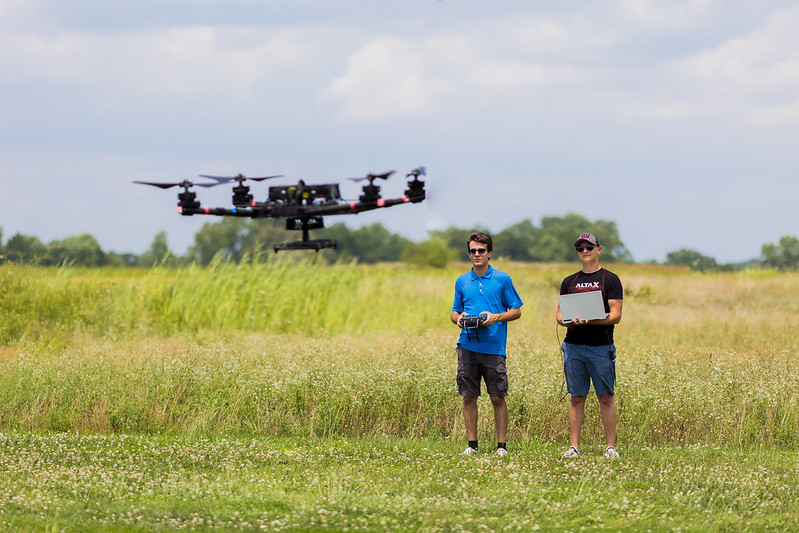 What is Freefly Systems?

Freefly Systems is a company that started out doing cinema drones and other robotics. We build cameras, but I primarily focus on the Alta X, which is our large heavy lift drone that is used in many different movies. We’re also getting into the industrial space with land surveying. We’re also looking into breaking into drone delivery. We sell this drone to different companies that are already doing really cool things with their own equipment or provide different services for them.

Generally, Freefly develops drones, cameras and gimbals. Companies that specialize in filming these triple A movies would look into our company and our Alta X to put their camera and equipment together. They use our platform to carry out their tasks. There’s so many different types of markets with drones. There are people who want small drones for shows, but generally for our type of customer, payload and weight capacity is one of our highest concerns. The openness of the platform and the ability to integrate whatever you want with it allows you to take care of whatever you need at the highest level.

I am a software engineer for the Alta X Team here. Generally, I take care of multiple different tasks ranging from the programming of the boards inside the drones to managing how the different boards communicate with one another as well as writing scripts to do qualitative insurance. I’ve done some work with changing some of the different codes that provide the front end to control the drone.

There’s a whole wide range of tasks that I do as a software engineer. Rowan University definitely provided me with a lot of basic tools that I now need to understand general programming concepts and how to write quality code. From there I was able to leverage those skills and learn how to apply it to drone technology. 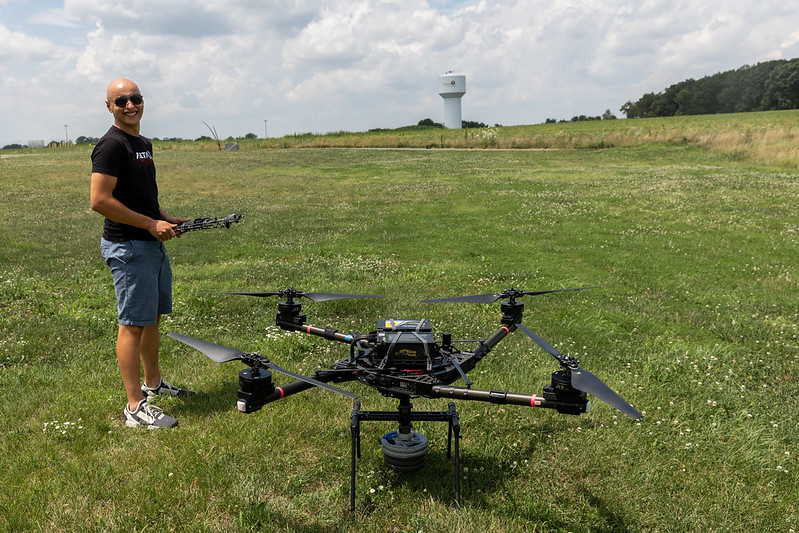 Are there any opportunities for Rowan students and alumni at Freefly?

What is the best piece of advice that every computer science student should live by?

If you apply what you learn outside of the academic environment and take it one step further, you start to push the boundaries of what you learn in class. You’ll have a much easier time transitioning into an actual workplace. While school provides a great foundation and a bit of depth to things, going outside and like I said earlier, pushing it that one step further, will really help you get a leg up on things.

See our video with Joseph here: