In this edition of #TRANSFERmation Tuesday, we learn more of Music Industry major Emileigh Zane of Penns Grove, NJ (Salem County). In this exchange, we learn more of her own experience as a transfer student as well as what motivated her to pursue a career inside the music industry.

Why did you pick Rowan?

I mostly picked Rowan for their music industry program. There are not that many schools that do have a music industry program. I know that in the state of New Jersey, only [two other schools] have one. So because Rowan is so close to me, I went through with it. I only live 40 minutes away from here, so I liked that aspect here that was somewhat close to home but still far enough away where I’m not too tempted to go home all the time (sorry Mom and Dad!). I really liked the program and what they were offering. I know a lot of people who have gone to school here and I’ve heard a lot of great things about it, so that kind of pushed me to go forward with that direction.

Could you describe the journey it took you to get to Rowan?

The transfer process was actually super simple because I went to Rowan College of South Jersey, which is the school that Rowan is associated with. The transfer process was super easy, I just had to apply to Rowan. I’m pretty sure all of my credits transferred over because of that affiliation between those two schools. It was super simple and I didn’t have any problems. 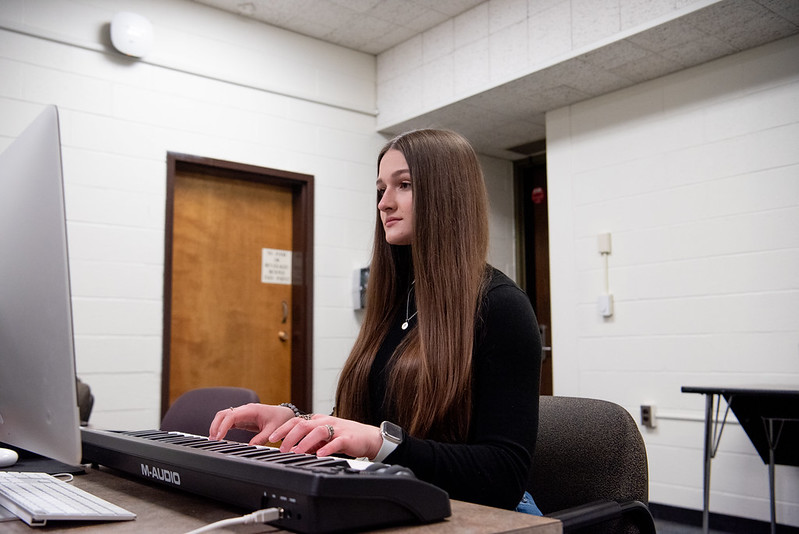 What aspects here at Rowan made you know that this was the place you wanted to be?

I like how many opportunities there are for involvement at Rowan. There are hundreds of clubs and Rowan After Hours. I’ve always been the type of person who’s been super involved at school, especially at high school. I was the girl that was in every club. I went to a very small high school so it was okay that I was involved in a lot, it was like a sense of community with everyone. I was a part of clubs that were focused on the arts, athletics and even academic-oriented ones. Looking back, I can say that I was really involved over there.

When I got to community college I knew that I still wanted to be involved. So, at RCSJ (Rowan College of South Jersey), I was on the track team and it took up most of my time there. It was really fun, I met a lot of great people there.

When I got to Rowan University, I knew that I wanted this type of place where I can be involved and meet a lot of new people from it. I also really like Rowan’s campus. It’s a great medium-sized campus; it’s not too big and not too small. The fact that there are a lot of good food places nearby is great too!

With being a transfer student, how included do you feel with the different events/clubs here on campus?

I feel super included, I’ve never really felt different as a transfer student. The only real disadvantage was that people have had more time to explore on campus than I have. Sometimes it takes me longer to discover new things on campus, but for the most part I feel like the school does a pretty good job about advertising all of the opportunities for students. I had an easy time just coming right in and finding clubs and groups that I wanted to be a part of on campus. 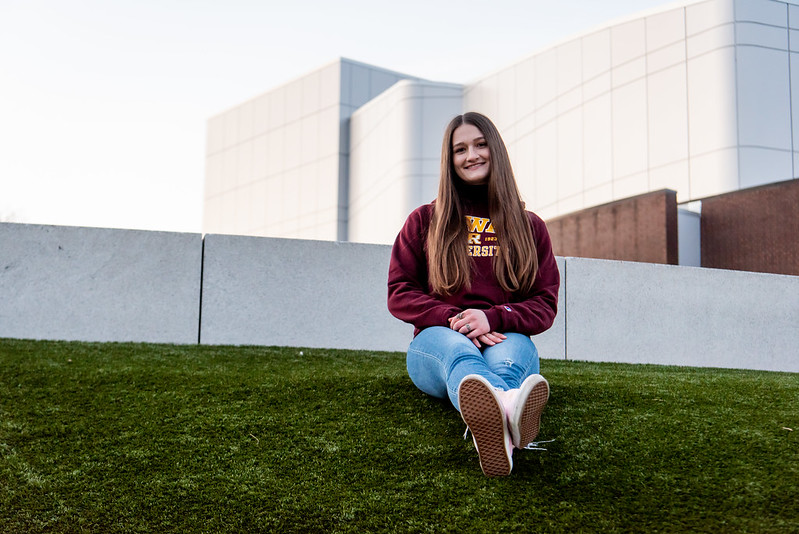 What drew you to your major?

I would say the big event that drew me to my major was when I was at Warped Tour in 2018. I was with my cousin and her girlfriend and they had entered this raffle to win backstage passes for one of the performers. They ended up winning the drawing so all three of us got to go backstage at Warped Tour and I got to see what happens behind the scenes, like the walkthrough location or the area where everybody is eating. During the tour, our guide showed us where even the green rooms were at and then we got to be backstage while 3oh!3 performed.

How do you view your major making a difference for others?

I think my major is very helpful, especially to people that are already trying to pursue it. If they are an artist themselves, you really get to see all of the behind the scenes things that really aren’t talked about. It’s not the fun stuff so it’s not what people are usually talking about. The music industry is a very traditional type of business. It’s really easy to get screwed over in the industry and make mistakes such as in the case of ambiguous contracts or labels. It’s started to change a little bit but just knowing how it works and learning how to take advantage will really boost your career with which I consider as super helpful. For example, there’s this one class called Music Publishing and it has to do with ownership of a song and how licensing and rights work with your song.

I think that my major teaches you a lot of things that you would have to learn the hard way if you didn’t take the college route. You can take the proper precautions for starting your career or even if you just want to work on the business side of things, the teachings that we learn all deal with preventing common mistakes and setting ourselves up for future success. Just learning how to get the most money possible for yourself and your artist is great, but also learning without the whole trial and error experience is even better. 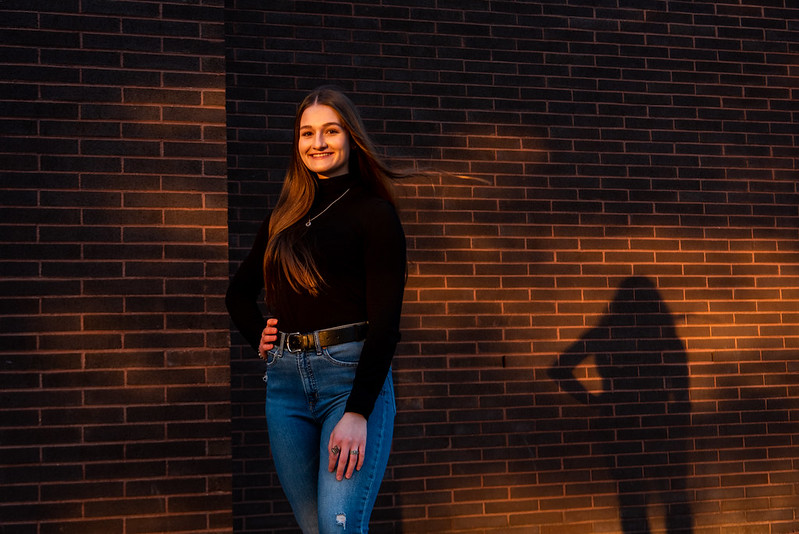 What has Rowan done to prepare you for the future, aka, post-academia?

I think that my major in particular has done a great job of giving me a lot of hands-on, relevant experience. I’m currently in a touring and concert promoting class, and it teaches us what it actually takes to put on a show. But then the other part of that class, and what I think is most helpful, is that we get to put on two shows as a part of that class as a part of our grade.

For our capstone projects, we have the freedom to do a lot of different things, whatever you’re interested you can do for the most part. For example, a lot of artists that I’m friends with do an EP (Extended Play) or album and other people have started artist management companies. For my capstone project, I’ve decided to do a one-day music festival called Better Now Music Festival. Currently, I’m looking for a local venue to book the show at as well as looking at many different local and semi-local artists. There’s still a lot to plan, but I also really like the idea of having a lot of activities, food trucks and some tables with helpful resources. It’s like my own little homage to Warped Tour in a way, I guess.

What have been your favorite moments so far on campus?

My house shows with Rowan Alt (@rowanalternativemusic) are the most fun and enjoyable thing that I do on campus. I also went to see the Rowan jazz concert that they have every winter and spring. I went to one in the winter and it was really good. I was really surprised, I didn’t realize that the students were as good as they were. That jazz festival was really fun. Just getting to be involved with Rowan Music Group, that was really cool by itself too. If I could describe it, It’s like the Rowan record label that a lot of people don’t really know that we have, but we have. I have a lot of fun just hanging out with my roommate too, we’ll just be hanging around at our apartment. 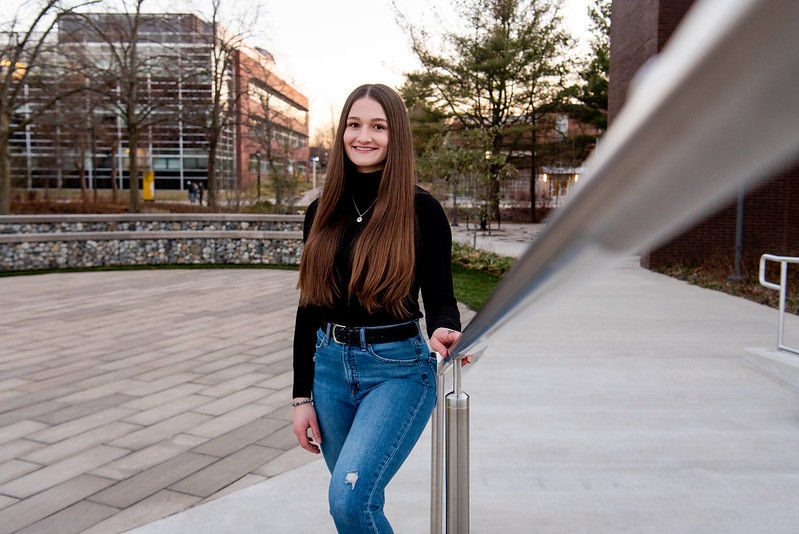 What’s the most interesting thing that you had learned during the transfer process?

Most things that you may need help with are a simple ask away. I feel like a lot of people don’t realize that there are people out there willing to help you. Knowing how to ask for help in a nice way can get you pretty far.

With everything that you know now, what advice would you give to your high school self in regards to college?

To just stay organized. I’m already a very organized person, but I think staying organized is really important because there are so many things that you’re trying to juggle between school, taking care of yourself and being involved. Just make sure that you are aware of all of the opportunities and that you take advantage of them. It’s very important to the entirety of the college experience.