Today we feature Nick Feldman, a junior Political Science major with Certificates of Undergraduate Study (CUGS) in Public Policy and Russian. An on-campus resident from Cherry Hill, NJ (Camden County), Nick transferred to Rowan from Rosemont College. He works as a photographer for Rowan Athletics and as a Multimedia Editor for The Whit. Nick interned at NJ State Assemblywoman Patricia Lampitt’s office (District 6) and NJ State Assemblyman William Spearman (District 5), and is one of eight recipients of the Dr. Bruce Caswell Scholars Fund. 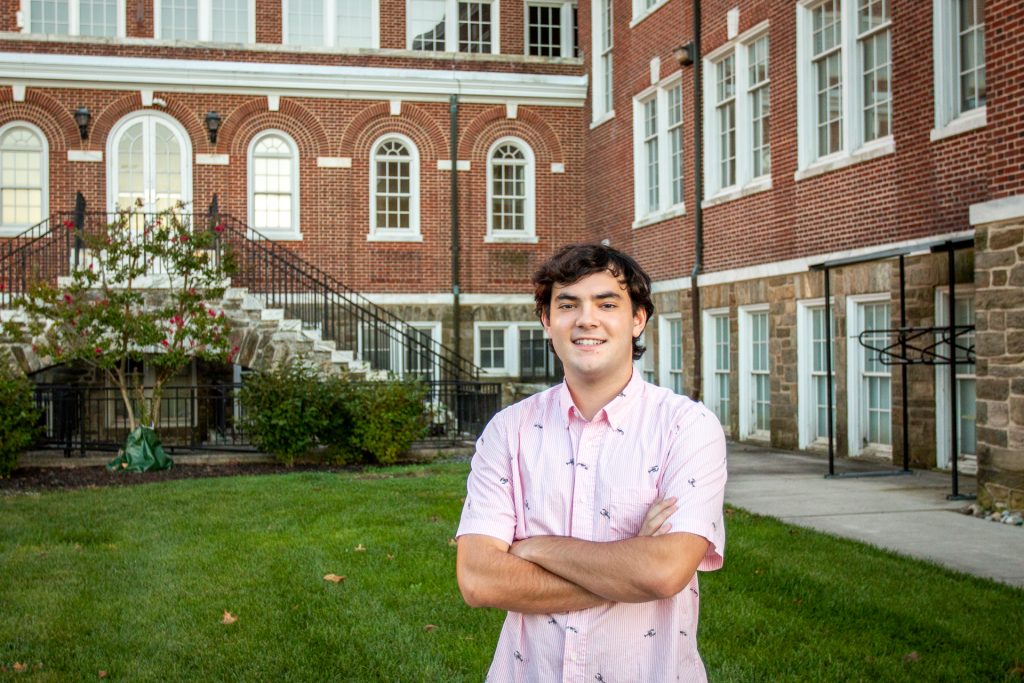 When I first came to Rowan, in Fall 2020, we were in the middle of the pandemic. I went to campus reluctantly. At first, I thought there wouldn’t be a lot of opportunities, but as I got involved, I realized that there were. I’m really, really excited about this semester. I know there’s going to be so many more opportunities.

I’ve always liked history. At Rosemont College, the college I transferred from, my major was history education. I was studying to be a high school history teacher. However, I’ve always been very interested in politics.

During the 2020 election, I obsessed over the campaigns, the candidates, the policies, everything. So, I thought it was a logical choice to switch my major over to the political science, which is something that I’ve always really liked. I have always thought about how I can make a difference in the world. Well, if I major in Political Science, and I’m able to intern with the people who represent me, I get to know the ins and outs of the process. Then, hopefully, when I graduate college and go into the professional world, I can make a positive impact on the world. Therefore, it was a natural choice. 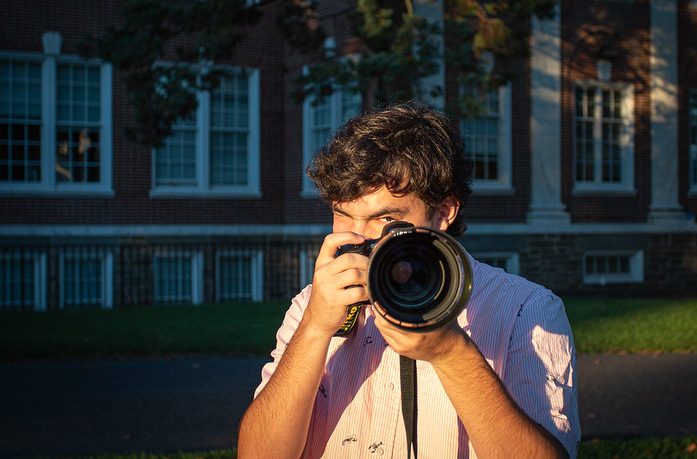 How did you find out about the Caswell Scholarship?

Can you tell me about your two internships?

One of my internships was with Assemblywoman Patricia Lampitt, an assemblywoman in the sixth legislative district, where I live. This internship was remote, and more policy and analysis focused. I was given bills as long as 20 pages, and I read through them and categorized where money was being spent. While some people might find this kind of work boring, I found it fun.

My other internship was in the fifth legislative district office in Woodbury with Assemblyman William Spearman. My internship with Assemblyman Spearman was in person. I enjoyed being in person and getting to talk with my co-workers face to face and learning from their experiences. Most of my responsibilities were focused on constituent services, such as answering the phone, transferring calls, and entering callers into our call system. Our call system keeps track of the reason for their call, so we can keep track of their concerns and their contact information. Unfortunately, many people are calling about unemployment, but we were able to track that and help them. I really liked this internship. 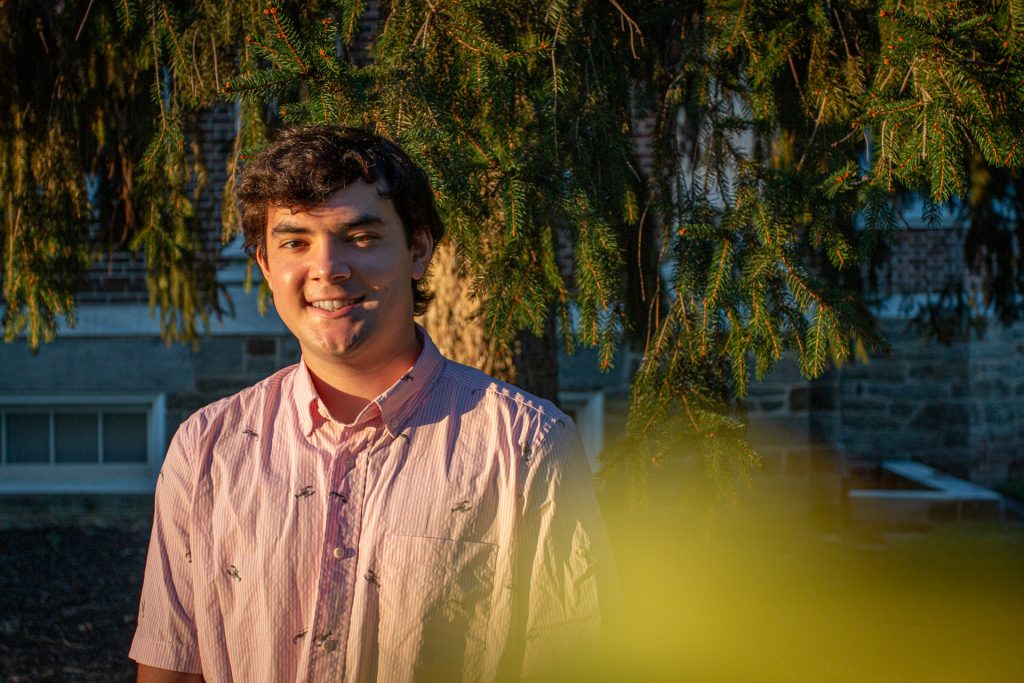 What are some policies that you worked on specifically?

Many of the policies I worked on at my internship with Assemblywoman Lampitt were K-12 education based, since the Assemblywoman is the Chair of the New Jersey General Assembly Committee on Education. Something I worked on was keeping track of the New Jersey Schools Development Authority, which is the state agency for rebuilding and upgrading our schools and public school system. One project was looking through their massive portfolio and seeing where their money is being spent, and what it is being spent on.

Also, the Assemblywoman did a lot of work regarding childhood poverty. I remember she had me looking at legislative proposals that worked to diminish the effects of childhood poverty in our state. New Jersey, unfortunately, has a high cost of living, so the cost to live here is a lot more than the federal guidelines say it should cost to live. Unfortunately, there are many people in New Jersey who are technically in poverty, but to the federal government, they are not, because the federal government’s guidelines are so low. So she’s working to see if there are any remedies to that so that people who need help can actually get instead of being frozen out of the system.

How has the Caswell Scholarship impacted you?

To be chosen for the Caswell Scholarship felt like validation of everything that I’ve been trying to achieve over these last few years. I hold it in the same regard as making Dean’s list. The scholarship feels like affirmation of those times where I’ve had trouble. I have ADHD, so I have had a really hard time with organization and whatnot. Getting these two internships was a huge moment for me, because it was wonderful to be out in the outside world working. It required great organizational skills so that I could have two different positions. The scholarship made me feel like all the work that I’ve been putting in has come to fruition. Feeling recognized makes me feel really good, not just about what I’ve achieved, but about myself. It makes me feel that even though I have this thing that makes me different and is pretty difficult sometimes with daily tasks, I can accomplish what I want to accomplish. 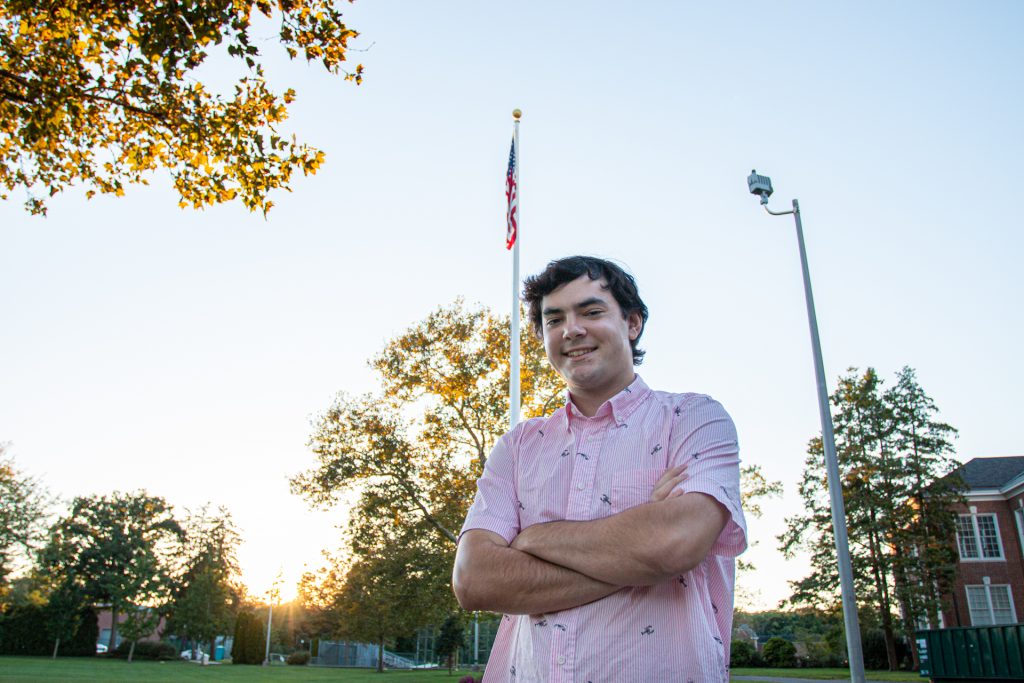 Could you describe your professional goals?

I really, really want to be in [Washington] DC. DC is the place to be, but I would really love to be on a staff in the federal government, so that I can work on laws and legislation. State and local governments are important, but the federal government is a whole different animal. I would love to be down there, not only working, but continuing to advocate for the causes that I believe in, progressive education policy and progressive health care policies. Then who knows. Maybe one day, I would love to run for office, but that would be in the future.

What advice do you have for other students seeking political science college internships?

I would say don’t be scared and don’t be intimidated. That’s how I felt applying for a lot of these internships. I got rejected by a couple and that got me down; but overall, I was fine in the long run. Don’t get intimidated by the process. It might seem intimidating that someone who’s part of a staff is going to interview you for an internship. However, once you get in contact with these people, you’ll realize that they’re normal people just like you. The staff wants to hire somebody who works hard. They want to bring somebody in who’s affable, who will not be a negative presence in the office. They want somebody who’s going to be a hard worker and will do what is needed to help. If I had to do the process over again, that’s exactly what I would try to emphasize.

Also, don’t be afraid to work at the state and local level. The federal government is cool and all. However, if you think about it, your local government takes care of daily things such as sewage. Your state government provides unemployment. So don’t knock working in the state or local government. It’s very important. 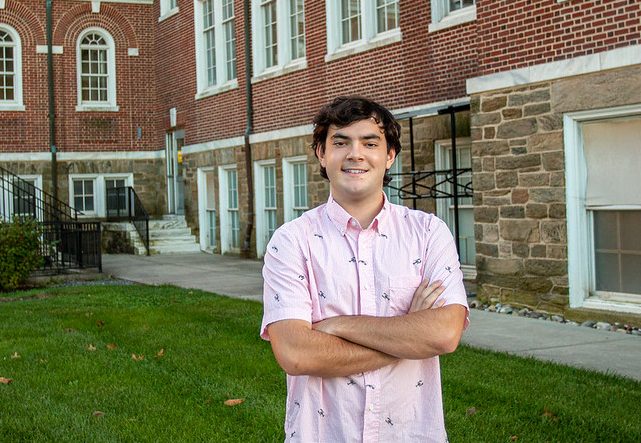 I really wish that I had come to Rowan from the start. I love my experiences here, the people I’ve met, and just how welcoming the entire campus has been. I went to a smaller school to start out. There were probably 300 people at my previous school. I like that Rowan is bigger and feels more like a university. One of the best decisions of my life was transferring to Rowan.

I am also thankful for Dr. Dworkin and the entire RIPPAC team. When I first came to Rowan, I didn’t think there was anything for me to do. I got these emails from Dr. Dworkin saying, if you’re interested in Political Science, come on, come out. I thought, “I’ll just go, I have nothing better to do.” It was a brilliant decision for me to get involved with RIPPAC and get involved on campus.

RIPPAC’s been great. They made me feel welcome. They have improved not only my professional development, but they’re also teaching me. Besides just the ins and outs of policy and legislation, they also have been having these great leadership seminars too. They’ve also been an extremely big help for me, and they’ve helped me grow not just in terms of my experience and what I can do, but also in terms of who I am. They’ve been a positive influence.