Today we speak with senior Alexander Dossantos, a first-generation college student and dual Theatre major with a concentration in Tech and Design and Art major with a concentration in Studio Art. Alex works full-time for One Theatre and several other venues in Philadelphia while remaining a part-time commuting student. Alex proudly hails from Camden, NJ (Camden County) and is part of the Photography Club.

What have you been involved in on campus?

USITT is a national organization for theatre technicians and designers. Every year there’s a conference that [travels] all over like Disney or Busch Gardens. They do open interviews, portfolio reviews, and colleges [attend]. If you want to get your master’s degree, there’s an opportunity to see different colleges that you wouldn’t normally see if you lived on the East coast and were looking at the West coast. You can talk to [school representatives], [receive informational materials], and interview! We’ve had people who have gone to the conference and gotten full rides to universities just for their portfolio. 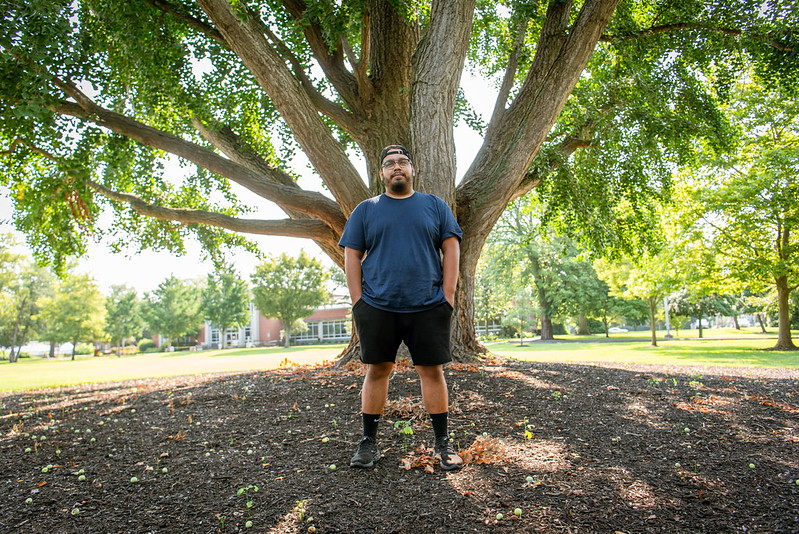 What’s been your involvement with USITT?

USITT is kind of new to our campus as a club, but for the most part, we usually have a “Tech-spo” where the tech students display what we’ve done throughout the year. Covid canceled our “Tech-spo” last year. Hopefully next year, it’ll be as big as it has been in the past couple of years.

Were you one of the students that brought this to campus?

I wasn’t part of the eboard that pitched the idea, but I’ve been consistently involved in it and trying to get more people involved.

Most rewarding experience with this club?

We got to do the virtual conference this year. We were able to all sit down and get the registration done. The thing that we really liked to do was the “Techspo,” being able to organize all the tables, getting people signed up, and just have our own little miniature conference.

How has that helped you grow professionally?

Our professors have a lot of [influence in] how we go forth in our professional life [during and] after Rowan. Robert Thorpe is my mentor. I chose to focus on lighting. I’ve worked very closely with him. I’ve actually been able to work in Philadelphia because of that.

As vast and as big of a field that theatre is, the technicians are very tight-knit. Our professors know so many different people all over the place. When they need someone, they contact Bob or Tom [who] share those opportunities with their students. I currently work in Philadelphia. 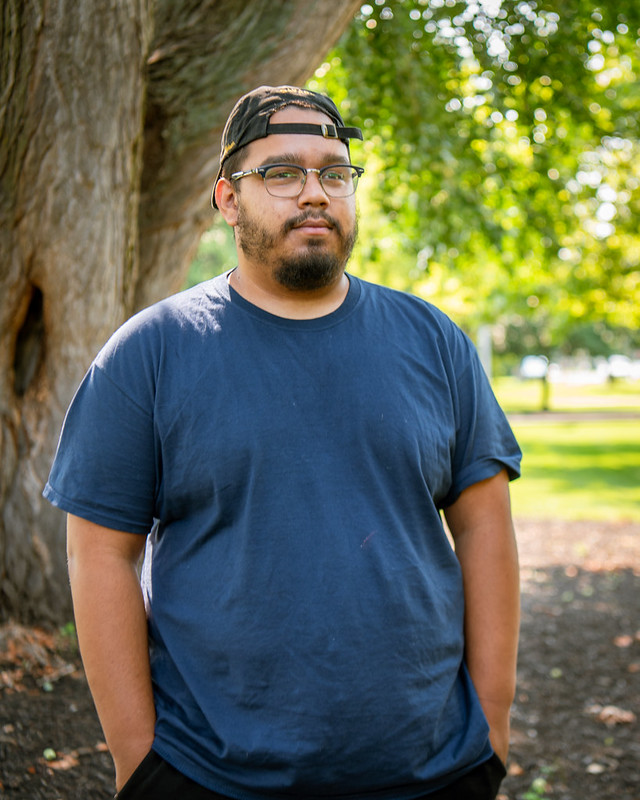 What are you doing over in Philly?

I work as the master electrician in One Theatre and overhire as an electrician in multiple theatres and venues. Hopefully, once things start opening up, I’ll be doing more overhire with the Union.

Another club that really helped me with figuring out what my design style is was Rowan Lab Theatre. We put on three productions every year. It’s all student-run. The design team is made up of students. The directorial staff is students. It’s just a great way to work with people who aren’t our professors. We have guidance from our professors, but here we have free rein to experiment, learn, make mistakes, and then learn from those mistakes.

Are you involved in any other clubs on campus?

I was involved in the Rowan Auto Club, but Covid restrictions closed it down. There are no car shows because we can’t be on campus with many people. I’ve been doing the Photography Club, and we’re hoping to do more with that. We’ve been doing online competitions.

Are you on the eboard for the Photography Club?

No, I figured that we should let someone who is a sophomore or junior to take the reins would be best. [This academic year], I won’t be here as much. I’ll still be a student, but I won’t be here as often. I always say, if anyone has questions or anything, I’d be willing to answer them. 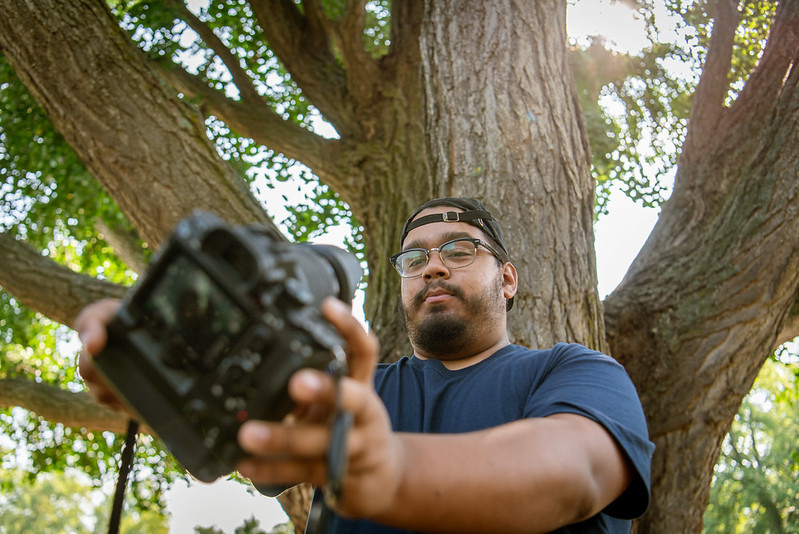 How did all of this in the big picture, shape your Rowan experience?

When I started here, I was a very shy person. I wasn’t really open. [Now I’m hosting] meetings where there are 15 people in a production team and running work calls to get the lights done. It’s definitely developed my workflow and work ethic to more than what it was when I started. For the amount of time I’ve been here, I’ve had a lot of fun.

How did you first get interested in this field?

In high school, instead of just going home and doing nothing I started looking at the different [afterschool] activities. One of the guys I did soccer and baseball with did one of the shows in the off-season with our high school theatre department. He asked me to join and I fell in love with doing stagecraft: the lighting, sound and stage construction. By my senior year, I was looking at colleges and one professor suggested Rowan stage production. I wanted to stay close and not go too far. Rowan was one of the most affordable universities in the area. I also had a couple of friends who went to the theatre department at Rowan.