Today we feature Stephen Scheuren of Marlton, NJ (Burlington County). Stephen has served in the Army National Guard for nearly six years as a Signal Support Systems Specialist and was on active duty in Puerto Rico during Hurricane Maria. He transferred to Rowan University in spring 2021 from Rowan College at Burlington County. A Political Science major, Stephen works as an intern on a state senate and assembly campaign in Atlantic County’s second legislative district. He earned a Rick Rosenberg, Jr. Memorial Scholarship, which offsets the costs to take an unpaid internship. Here, Stephen describes his internship experience and his plans for the future.

Have you had time to join any clubs on campus?

I’m very involved in RIPPAC (Rowan Institute for Public Policy & Citizenship). I’ve gone to almost every event they’ve scheduled with Dr. [Benjamin] Dworkin. I also joined the Pre-Law Society so I’ve been going to their events as well, and Phi Alpha Delta with their LSAT studying. It’s a law fraternity [for] people who want to go to law school and people who are in law school. I would like to look at what other clubs are at Rowan, but I think due to COVID, you couldn’t really do that.

How did you find out about RIPPAC?

Exactly how, why and where I’m at is because of Dr. Dworkin. ­­­I was talking to him, and he asked me, “What do you want to do in life?” I said, “I want to be a prosecutor.” He was asking me why. And then he started giving me advice: “Okay, here’s what you need to do. You need to do an internship now. You have three semesters left, go now. Now, now, now.” And he said, “Join my class, New Jersey Politics.” And I did, I took his class, took his advice and this is where I’m at, because of Dr. Dworkin, and so I attribute it to him, and RIPPAC is why I’m at where I’m at. RIPPAC is a very successful organization. It’s young, and it’s really hit the ground running.

I just honestly like the functions of government, and not only that, along the lines of foreign policy and domestic issues as well. The justice system is something that especially interests me. And partly economics and international relations, it’s kind of a mix of everything that interests me. I guess one word to sum it up is just government. Just government.

How did you find out about the Rosenberg Memorial Scholarship?

Yes, same answer through Dr. Dworkin, because I’m conservative. I’m interning with the Republican Party out of Atlantic City and their ticket. Well, Atlantic County, second legislative district. He told me, “You should apply for this, you should definitely apply for this.” And because I was new at Rowan, I couldn’t apply to it right away. And so the semester was over, because I had to have the generated GPA. And Dr. Dworkin would say, “Did you apply yet, did you apply yet?” I just finally did, because my GPA came in. And I was shocked when I received that … it was one of the first scholarships I got. It was great, I was very happy about it.

Tell me about your internship.

Stephen had originally interned for another campaign; but when the candidate resigned, the campaign manager connected him with his current campaign under a new manager named Brett Barbin.

I started doing the same thing for him, opposition research, public things, and then I started working more directly with him and the candidates. And I would go with Brett as an aide for Brett when he was aiding the candidates who are Don Guardian, Claire Swift and Vince Polistina.

And so, as more time went on, I was more direct with the candidates. And because my intention with going and interning here, I specifically sought the second legislative district because they looked like they had the highest chance of winning for a Republican nomination.

We had specific lists for people we’d reach out to to volunteer, and I would contact those people as well. And honestly, whatever Brett asked me, I was just jumping on. I wasn’t a volunteer, I was more of an intern because I was working with the candidates themselves.

You’re right in the thick of it. There is no coffee grabbing for you for sure.

Yeah, actually, it’s funny you say that, because when we were door knocking, it was over 90 degrees. And so what I did was, I said to myself, alright, it’s going to be insanely hot. So what I did was I put in my backpack, like, six large tallboy waters. And then I put ice packs in between them. And I would walk around, I would just say to the candidate, “Don,” and I would just turn around, and he would [go to] my bag and just pull out a water, he would he would say to me, “Steve, you’re moving up in the world. You got water all ready for us.” And then I would have the candidates running over to my bag and just grabbing water out of my bag.

It would help get us through the day. Because when we were at the end, I mean, everyone was just, it was like we were in a rainstorm. We were all soaked. It was great because you kind of learn when you’re door knocking with them, you get the experience of how they’re trying to get someone to come to our side and vote.

How has the Rosenberg Scholarship impacted your internship experience?

It impacted it significantly. I won the Rosenberg Scholarship and [was] very happy about it. But I was able to get the opportunity to introduce Assembly Minority Leader, Jon Bramnick, for the Republican Party, at RIPPAC’s political intern summit MAPIS [Mid-Atlantic Political Intern Summit]. And that helped me talk about the campaign from a public aspect and be a representative of the campaign for and talk to Jon Bramnick.

With the Rosenberg Scholarship it gave me more recognition and solidified that I’m a representative here in Atlantic County and outside of Atlantic County, because of the speech I was able to give and deliver with introducing Assemblyman Bramnick.

What are your professional goals?

This year that’s passing and next year are just all structured around going to law school.

And for anyone that wants to go to law school, I would highly recommend they have at least one campaign trail. Even if you don’t politically identify with anyone, just go with someone. I mean, it is technically a form of public service, in my opinion; I mean, you’re helping people having governments. It’s about following Dr. Dworkin’s advice and get your internships in; that way, I have a better law school resume. Same thing with the Army National Guard, helps me with my law school resume.

And well, doing prosecution, because that’s the one area I want to practice. And if I fall out of prosecution, I will look into whatever I would like to do for private practice.

What advice do you have for other students seeking out college internships, specifically, political science internships?

I would go through RIPPAC, and you can always ask Dr. Dworkin because he is a New Jersey guru on how the state works. And that’s how I went. But once you get in there, it’s a whole different ballgame. You’ve got to be reliable. I live an hour away from where the offices for our campaign and where we’re campaigning, but I’m always there. Whenever they asked me. Always there ready to go.

And I would say flexible would be another good word. But also, I think you should get a an idea, if you’re a Political Science major, where you want to work. You should really have that in your mind. And that will help you tailor to what internships you’re looking for. It’s kind of like a two-step process: tailor it and then just always say yes to what they need every single time. 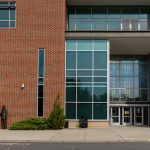