Jade Iannace is a senior Radio/Television/Film and Sports Communication and Media double major. She’s from Washington Township (Gloucester County) and transferred to Rowan her second semester freshman year. Jade has packed her college experience with memorable internship opportunities in sports and entertainment, including the Philadelphia Eagles, NFL Alumni Association, The Delaware Blue Coats and the Disney College Program.

How did you hear about your internship with the Philadelphia Eagles?

I actually had a friend from high school who worked there as a videographer. He had told me about them needing an intern for PR and he was able to get me an interview. I was actually one of the youngest interns there, I got that when I was a freshman and I was there for two seasons.

I was logging and editing a lot of their game pictures and going through the archives of their older images and videos. 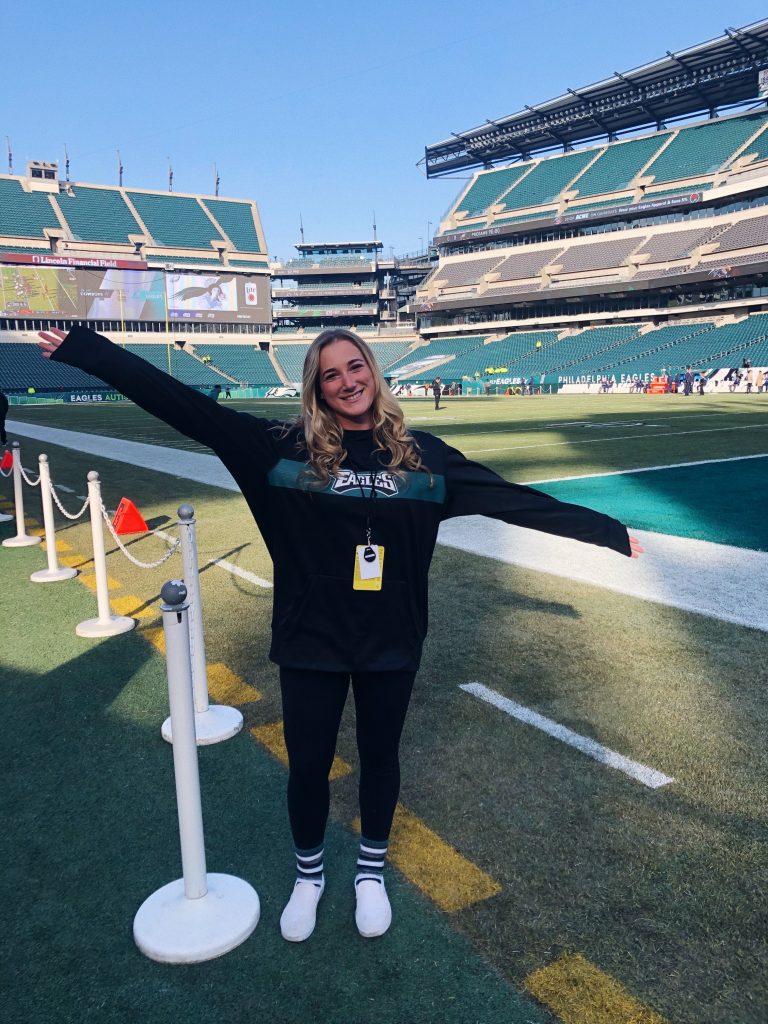 Out of all your internship experiences, which one has been your favorite?

The sports ones I’ve had have been really cool, but I did do the Disney College Program, which I thought was amazing. It ended early because of COVID, but the two months I was there was probably one of the coolest experiences. It was my first time living so far from home. I was living in Florida by myself, but I got to meet people from all over the world, which was awesome. Working for a big company like that was unreal.

I picked up my sports communication major my junior year. My internship with the Eagles is what pushed me to pick up that major. I was always leaning toward the film side of my major like film production and directing, but once I saw live production of sports, I thought it was amazing. I also play sports and enjoy sports myself, so I thought it would be a really cool mix of two things I love. 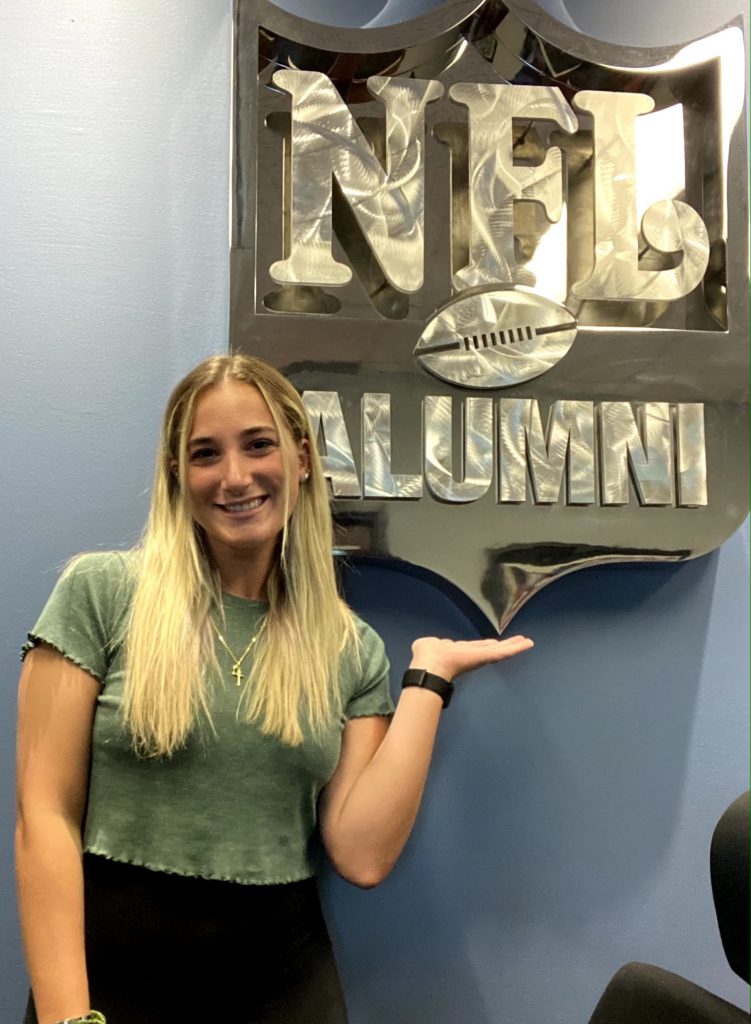 What is your ambition for the future?

I love traveling. I think being with a sports team or a company like that would give me a really good chance to not only pursue videography, but give me the chance to travel, see the country, and meet new people. That’s my main goal right now. I would love to produce, director, or be on camera, so I don’t have a set job in mind just yet.

Do you feel Rowan prepared you for your work experiences?

Definitely. Joining Rowan Television Network (RTN) was one of the best decisions I could make, along with pursuing the RTF and Sports CAM programs. RTN definitely prepares people with real life experience. I do “All Access with the Profs,” which is a sports talk show at Rowan. We also film events throughout Rowan, like this past year we filmed commencement, which was really big for us.

And also the professors are so awesome. Neil Hartman is one of the heads of Sports CAM, and he is so willing to help everyone get internships and make those connections, which is really helpful. I know a lot of other schools don’t really have professors and classes that will prepare you as much as Rowan does.

What advice do you have for other students looking for internships during college?

Get involved. Obviously getting a degree is super important, but especially in this field I think making connections is one of the most important things. If you don’t have connections it’s going to be hard to get your foot in the door somewhere. Even through RTN you make connections with other students, which is important because you never know who you’ll be working with in the future. Definitely get involved, join as many clubs as possible to make as many connections as you can.

Header photo:
Jade (right) and Jovani Reyes host a Rowan Television Network episode of “All Access with the Profs”