“Flip the Script,” by Rowan alumna Mandi Devers, is an award-winning audio documentary on queer representation in the media. Mandi’s doc covers how much representation is out there, how characters in media are being represented, and the ways in which queer representation still needs to improve. Mandi graduated from Rowan in May 2020 with a Radio/Television/Film degree and Audio Recording minor, which she completed in three years.

How did you become involved with Rowan Radio?

“I went to a vocational high school and I was part of the video/audio editing program. When I got to college I wanted to do as much as I could with that because I had a lot of fun doing it in high school, but I started late. I didn’t want to miss out again, so in my first semester I signed up for Rowan Radio and I was there the entirety of my college career.”

How would you describe your experience with Rowan Radio?

“It was a very fun place to hang out. Even when we were doing serious work it was still fun work to do, and the amount of things I have learned from there, I don’t know if I could have gotten that anywhere else.”

Rowan Radio is a licensed radio station and club opportunity for students. Anyone can join and undergo training to learn the necessary skills and knowledge about radio and production. “At that time it was the closest I would get to how an actual radio station runs and it needed to be treated as such, which is why training is so necessary,” says Mandi. 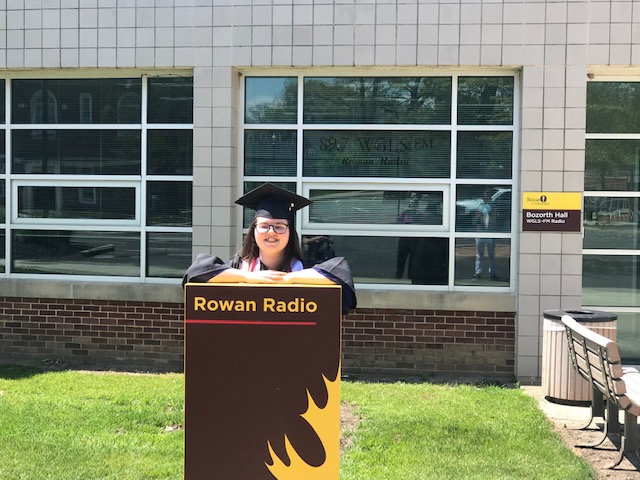 What was the process of the documentary like and how long did it take?

“It took a couple of months. It started off as a semester-long project for a class. Some of the process included figuring out what topic I wanted to do, how I wanted to explain it, and what I wanted to say. Also, I had to find people to interview and then come up with questions to ask them. I gathered examples I wanted to include and then it was another month of editing. It got tricky at times, for example, it took an entire day to select the outro music because nothing felt right. The professor of that class was the Assistant Station Manager for Rowan Radio. He selected a couple of documentaries from the class to play on air, mine being one of them.”

Mandi shared that she grew up having a lot of queer friends and she found herself wanting to educate others on the topic. Even in high school and all through college, Mandi took every opportunity she had for a class project to talk about the LGBTQ+ community. “I want people to know about these things so they’re less stigmatized and less misunderstood.”

Since releasing “Flip The Script,” do you feel Hollywood and the media have improved queer representation in TV and film?

“A bit. I think there is still a way to go, but I think it’s becoming more mainstream. A big step is media, TV, film, and books having queer protoganists and characters without making the story about that. Making queer just another characteristic like hair color or eye color.”

What are some ways you think the media could do better in regards to queer representation?

What do you think is a good, diverse example of queer representation in TV or Film?

“In the documentary, I talked about [the TV show] ‘One Day At A Time,’ and I think that’s a really good one because it has one of the main characters written as a lesbian and when she finds a partner, the partner is nonbinary and so the show includes pronouns as well. It was really refreshing since I had never seen a nonbinary character on TV.”

Mandi earned three awards for the documentary, including third place under the Radio Feature category in the 2020 Garden State Journalism Association Memorial Journalism Awards, first place for the Society of Professional Journalists (Region 1) and a Hermes Creative Platinum Award. 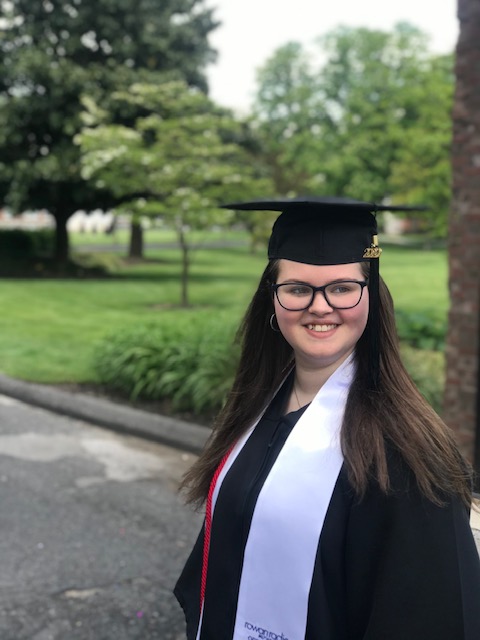 I see your radio documentary received three awards, could you expand a little on what these awards mean to you?

“All of these awards proved to myself that I made quality work because I was more stressed about the quality and the editing of my work, than making it. I was very concerned with making it the best product I could put out or making it the best story in the most efficient way.”

How did you come about submitting your documentary?

“A lot of the submitting was through the professors and advisors who allowed me to do so. Leo Kirschner and Derek Jones, who work at the radio station, helped put my submission through to the organizations to be nominated, judged and awarded.”

Mandi hopes her listeners will understand that these identities are normal and are prevalent in our society today. “In order to accept that we need to show it being accepted. And the more we show it’s accepted, the more accepted it already will be. With all the media that we consume, I think that’s one of the best ways to do so,” she says.

For more information and to listen to “Flip The Script,” visit here.