Today we feature Brandon Graham, a recent graduate of Rowan Global’s Master of Business Administration program. Brandon co-founded the company Arke Aeronautics while still an undergraduate Mechanical Engineering student at Rowan. Learn more about Brandon, his business and his contributions to the Rowan community. 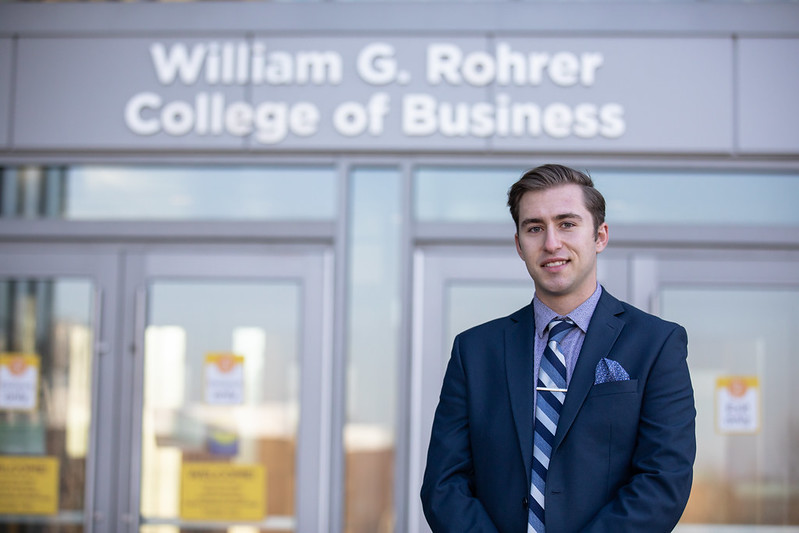 Brandon Graham defined his own education at Rowan. Now, as a young alumnus of two Rowan colleges, he’s building a company and coaching others to startup success.

Brandon, who knew he wanted to pursue engineering since high school, vividly recalls his first on-campus experience at Rowan. He attended an open house day and, while on a walking tour, met a professor who would ultimately become one of his mentors. Passing the Baja Team racing team go kart and project labs, the professor explained that Brandon could immerse himself in engineering projects as early as his first semester. He says he knew then Rowan was the place for him.

“The tangible learning, it was all about the hands-on … it’s a powerful skill to be able to create and fix anything in the physical world, it’s exciting for me,” he says. He soon enrolled as a Mechanical Engineering major.

Brandon was part of Rowan’s first cohort in the University Innovation Fellows program, a select community of student change agents from around the world run by Stanford University. He received six months of virtual training with the “thought powerhouses of Silicon Valley on really human-centered design,” then traveled to Stanford’s Hasso Plattner School of Design in California to meet and network with student peers.

“That was a life-changing experience for me because it put me in the mindset of, what’s my engineering understanding, and now my understanding of how people think, you can build anything, and that’s a very exciting feeling for a young person, absolutely,” Brandon reflects.

Brandon applied his fellowship training to create Studio 231, a makerspace housed in Business Hall that gives Rowan students of all majors the tools and resources to design their entrepreneurial ideas. As an engineering student, Brandon says he had access to amazing maker facilities, along with a list of qualified people who could help him make his concepts come to fruition, but he didn’t see such resources available across the university. With Studio 231, he sought to give all Rowan students “a safe place to take [their] ideas from zero to one.”

He notes the facility, which has served 1,000 Rowan students to date, supplies more than just 3D printers and power tools — here, potential business concepts can move from ideation and prototyping to small-run manufacturing.

“That’s really the partnership between the business school, the engineering school and the [Edelman School of Communication and Creative Arts]. In that room, in that one place, all three of those elements come together into a product development lab,” he explains.

Brandon’s own company, Arke Aeronautics, grew from the ground up at Rowan. Brandon and two students from both the Colleges of Engineering and Business founded the startup in 2017. He and his team developed a public safety platform that centralizes incoming situational awareness data, providing first responders with value-added information at a moment’s notice. With the real-time data Arke provides, its end users are better prepared when entering mission-critical situations.

“The platform’s goal is to allow first responders to make better decisions through better access to data to save lives,” he says.

The company quickly gained traction in competitions such as the Rowan Center for Innovation and Entrepreneurship’s StartupRU and Idea Challenge, providing seed funding and the means to scale the business. 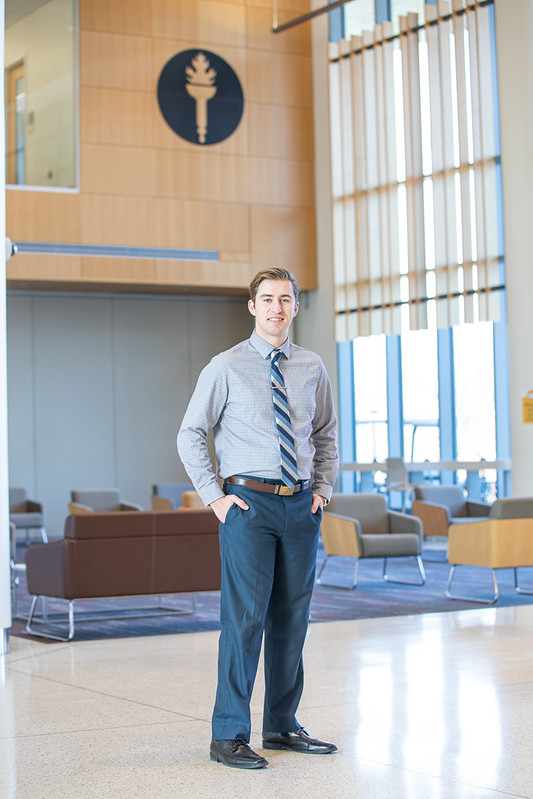 While launching Arke and completing his engineering degree, Brandon was accepted into Rowan’s MBA program. He likens studying business to learning a new language — as an emerging CEO, he says he needed to understand this “different language in a new world.”

He explains: “Having the MBA allows me to kind of shift that paradigm a little bit, especially in conversation when [investors] may not know I have a business background but when I can talk to them about … some sort of financial aspect of the business, or I understand my unit economics, that kind of shifts their perspective to say, ‘Ok, this is a formidable CEO, this is somebody that I would want to work with or write a check to someday.’”

Brandon adds that courses like Managerial Accounting and Managing Organizational Strategy gave him the benchmarks he would directly apply to his own work with Arke.

While in the MBA program, Brandon led and co-created two recurring workshops called “Innovation Express” and “Founder Factory” with Rowan’s Center for Innovation and Entrepreneurship, connecting his in-the-field experience as a startup founder with future leaders. He mentored students with their business ideas, creating networking communities and helping them think in the entrepreneurial mindset. 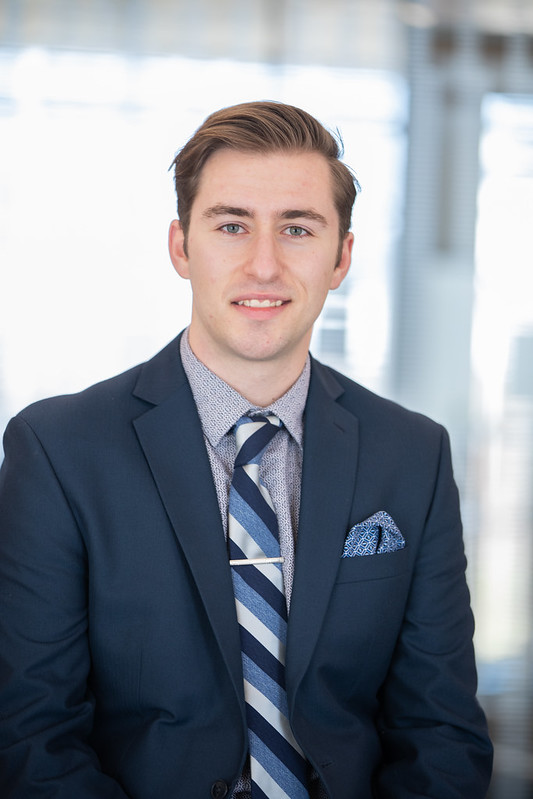 Brandon counts himself fortunate to have had “probably over 50 people” play a role in his professional growth from the College of Engineering, College of Business and outside entities in the last five years. He pays it back, having served as a mentor for up-and-coming makers in Studio 231 and coaching and volunteering for Philly Startup Leaders, a regional collective of upstart entrepreneurs.

As a trained mechanical engineer, Brandon acknowledges his MBA journey was not the “traditional route,” but one that will provide perspective for future students who wish to grow their leadership skills while creating new innovations.

Step inside the Studio 231 makerspace Brandon founded in this video: