Edgar Aquino Huerta wants to be famous for creating videos and films, but he never expected popularity to come so soon. 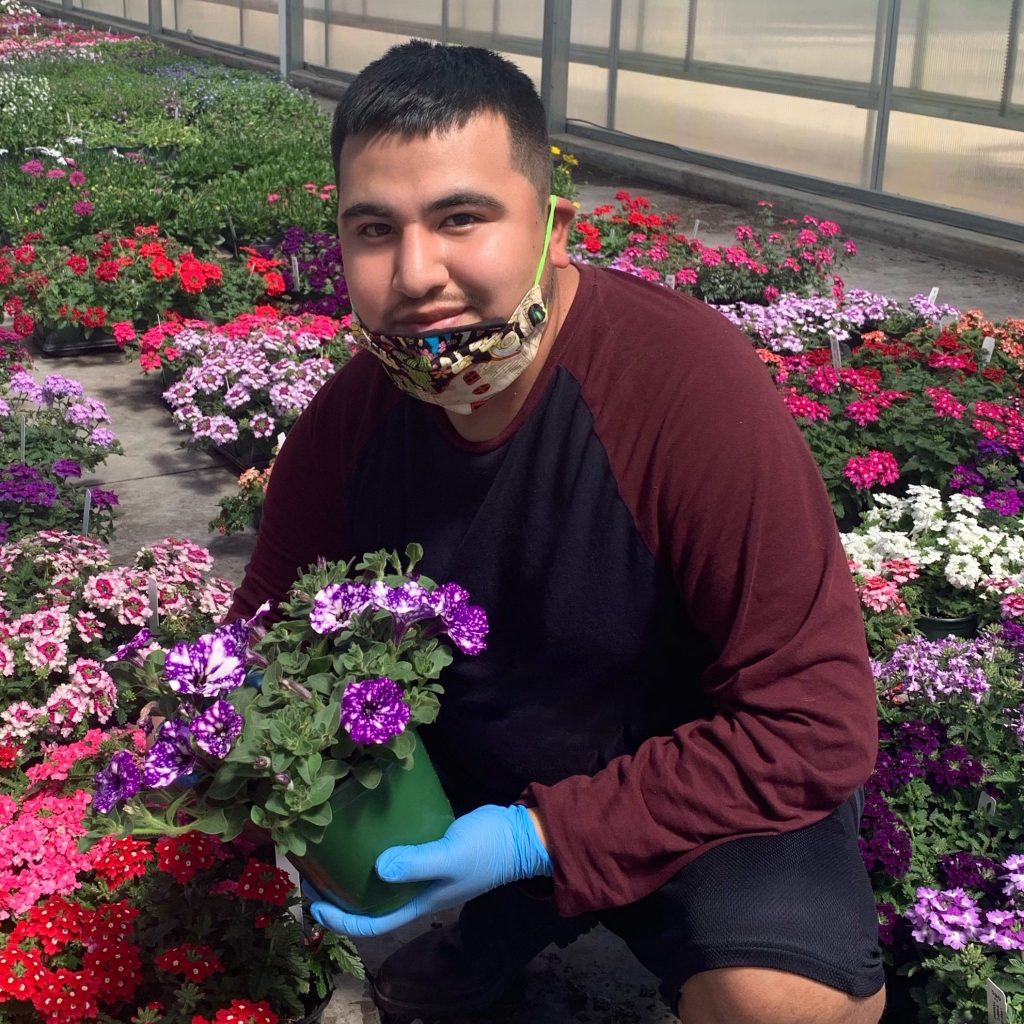 Edgar’s video features him celebrating his graduation at the farm where he works. In it, he watches Rowan’s “virtual commencement,” and then walks down the center aisle of a greenhouse as his coworkers applaud. This is set to the tune of Glenn Miller’s “In the Mood,” a song that makes Edgar think of the Golden Age of Hollywood — fitting, since he dreams of making it big as a screenwriter and director.

When Rowan announced a social media contest, Edgar started brainstorming. The best five posts from graduating Profs would win $100 Target gift cards, and Edgar thought that “sounded good.” At first, he struggled to come up with an original idea. Then, his boss made a joke about holding commencement at the farm.

Edgar ran with that idea and drew up storyboards. He says, “Although my video was 15 seconds, I still wanted to use my skills to make it cinematic.” He learned a lot as a Radio/TV/Film major at Rowan, and wanted to make the best contest entry possible.

Edgar says that two of his coworkers, Maria and Jose, were especially important to the video’s production. Maria helped organize everyone by telling the other workers where to stand. Jose assumed the role of cameraman — despite having never used an iPhone before! Edgar taught him on the fly and was impressed with how quickly Jose caught on.

At first, Edgar says his coworkers didn’t understand the video they were making. He says, “It wasn’t until they saw the final picture that they understood the purpose of the video.” That said, they were always enthusiastic to help celebrate his achievement. And later on, some coworkers “even made their kids download TikTok so they could show their families.” 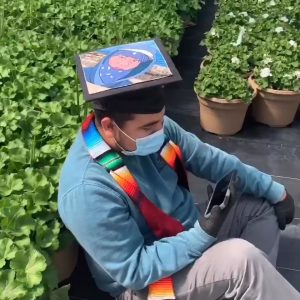 Edgar also received support from his mother, who has been in Mexico for the past 10 years. She got “sentimental because she couldn’t be with [him] during that little ceremony.” The image on Edgar’s cap is actually a picture he drew of his mother. He included that as a way to recognize all she’s done for him over the years.

Edgar’s video got very popular overnight, and only got more buzz from there. He says, “The next morning, I noticed the video was going viral.” His phone was going off constantly with notifications. It wasn’t before long that news stations caught wind of the sensation. He has now been featured on several platforms, including Good Morning America, Un Nuevo Dia (Telemundo), and Despierta America (Univision). Edgar says, “I was making headlines for one week straight, and getting to talk to people I never thought I would meet.” He was even contacted about a few work opportunities in Los Angeles. 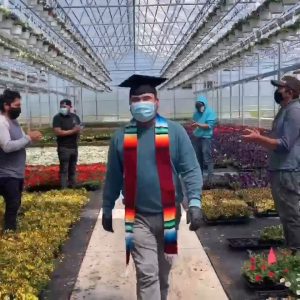 Edgar attributes the video’s viral success to a couple different factors. For one, it was uploaded at just the right time. With the COVID-19 pandemic ruining gatherings of all kinds, these are unprecedented times. Edgar’s uniquely safe way of celebrating acts as a much-needed ray of hope. Edgar says, “I turned a bad situation into something great.” Additionally, the video encourages pride in underappreciated workers. Greenhouses are places of hard manual labor, but Edgar chose to celebrate its beauty instead. Edgar says, “I was aiming at inspiring my community into being proud of where they come from, and to never feel ashamed of our own people.”

In the future, Edgar plans to move to Los Angeles and write screenplays. He credits Rowan’s Professor Keir Politz with helping him decide to pursue this path. Edgar wants to expose his “audience to these worlds that are being ignored.” For now, Edgar and his friends are working on projects to show appreciation for farm workers in their community. They do this though organizing caravans and collecting donations to meet the workers’ needs. Edgar wants everyone to know that farm workers are essential.

You can hear about Edgar’s immigration story in this audio documentary from Rowan Radio.