Today’s story is from Mark Baugh, a senior radio/TV/film major isolating from his off-campus house in Gloucester County, NJ. Mark has a specific interest in graphics and production.

Have you ever been watching a movie or a TV show and thought to yourself, “How did they just do that?” Or have you been driving down the highway listening to your favorite music and wondered how they make this all work?

A part of the Ric Edelman College of Communication & Creative Arts, the Radio, TV & Film program (RTF) gives students opportunities to get hands-on learning for things such as TV production, screenwriting and sports radio.

When I first came to Rowan, RTF was not my choice of major. I came in freshman year as a Journalism major because of my interest in sports writing. As my sophomore year began creeping closer and closer, instead of writing about sports, I wanted to know how sports television was created. So I switched majors (which is now becoming more and more common, nothing is wrong with that).

Over the next three years, I learned about the history of TV — from the very beginnings in the early 1930s, through the boom of the television in the 40s and 50s, up to the modern era that we are in today. I got hands-on experience with television cameras, professional lighting and the behind-the-scenes technology of a control room.

I learned how to write a show episode-to-episode and how to create motion graphics and on-screen static graphics for things such as a newscast, which goes along hand-in-hand with my previous graphic design experience, and how to piece together a show clip-by-clip. 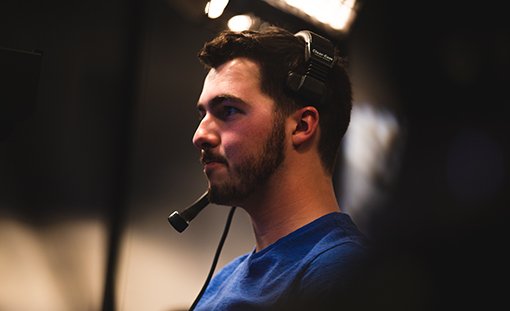 Students in the RTF major work as groups to create something amazing full-length newscasts, short films, documentaries, podcasts, radio shows and many more in-class and extra-curricular activities throughout their college careers.

But classes are not the only time that students can work with this equipment and create something special; there are plenty of clubs and opportunities within the major.

Organizations such as Rowan Television Network, Cinema Workshop and Rowan Radio Station give Rowan students a chance to get extra work with the equipment and technology outside of class.

Rowan Television Network creates content for the local Rowan TV station and shoots school-wide events such as sports and guest speakers. Cinema Workshop gives students the freedom to create their own films larger than the ones that they create in class. Rowan Radio Station is fully run by students. WGLS-FM, which airs 24 hours a day on channel 89.7, is home to all types of music like rap, rock and oldies. Students are also able to broadcast on sporting events for Rowan’s athletic teams.

There have been many students who are a part of these organizations who have earned external internships and other opportunities at places such as NFL Films and the “The Ellen DeGeneres Show.”

If you have any interest or wonder about the world of entertainment, or want to get a taste of how productions run behind the scenes, then RTF may be the place for you. There are plenty of opportunities for students to grow, making them the best that they can be.