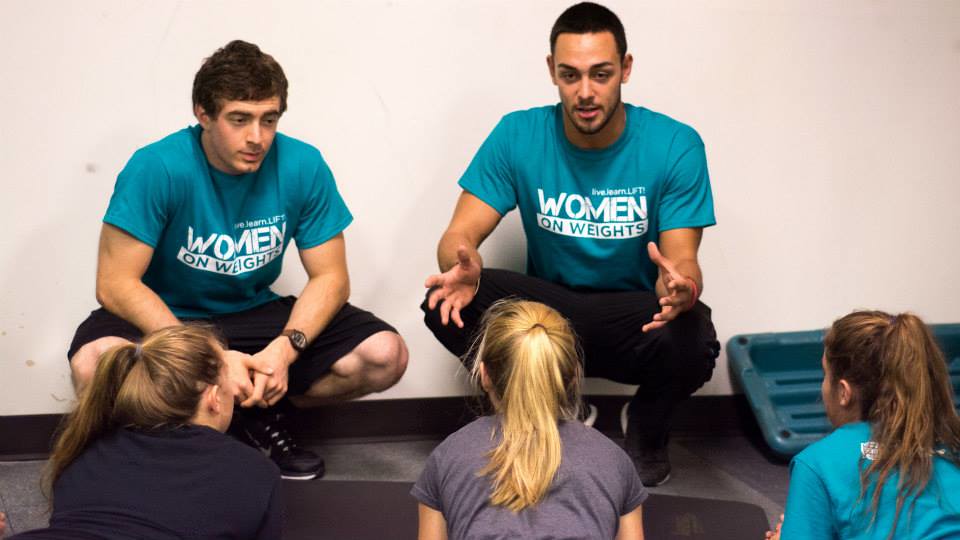 Cory Bennett, from Jamesburg, NJ (Middlesex County), graduated in 2015 with a degree in Health Promotion and Fitness Management. Today, we will talk with Cory about how Rowan prepared him to become the assistant director of fitness programs at the University of Florida.

“Rowan was actually my transfer institution. I went to another school for my first three semesters,” says Cory. “It was a liberal arts school, so I realized that it wasn’t the right place for me.”

Cory had friends who attended Rowan and were raving about how they liked it. Since it was an in-state school, Cory felt Rowan may be his better option. He eventually transferred to begin a new major.

“I came in undecided and I really had no idea what I wanted to do,” says Cory. “My second year in college was when I discovered the exercise science program.”

Cory was torn among exercise science, advertising or criminal justice, so he took electives in all three. Health and wellness, a class Cory took as an elective, was one that he really enjoyed the most.

“I am somebody who is pretty health-conscious when it comes to the way that I live my lifestyle,” says Cory. “Since I was also an athlete on the football team, it supported those endeavors as well.”

After Cory settled on health promotion and fitness management, he began looking for a job that was relevant to his major. He wanted to join the Student REC Center to supervise the fitness floor and the exercise spaces. At that time, the position was unavailable, so Cory began working as a flag football official.

“I was officiating games for my first two semesters of employment at the REC Center until a position did open up,” says Cory. “Fortunately, after my first semester working as an official, one did open up and I moved to the fitness floor as a Fitness Area Assistant.”

While working at the REC Center, Cory’s supervisor encouraged him to get his personal training certificate so that he could work one-on-one and have a closer bond with people and their fitness training. He did just that.

Then, in fall 2014 and spring 2015, Cory applied and earned the open position of Fitness Area Program Assistant, which was a student leadership position at the REC Center.

“Did I really think I would end up in a leadership role? No. I didn’t even realize that it had the potential to open other doors for me,” said Cory. “The opportunity basically shined some light in a corner that I didn’t even know existed.”

During Cory’s last semester at Rowan, he wanted to attend graduate school outside of New Jersey and find a job. After an entire fall semester of applying and interviewing at a variety of schools around the country, he was eventually offered a graduate assistantship position in fitness and wellness at the campus recreation center at The University of West Florida.

“[I was] doing something similar that I was doing in undergrad, but now at a higher leadership position at a different school while getting a master’s degree,” says Cory.

Cory deeply appreciates the time he spent at Rowan and thanks everyone for helping him reach the point he is today. The courses he took his senior year helped with graduation preparation and his senior internship felt like an exceptional professional experience.

“I do need to shout-out my old REC Center as one of the biggest impacts to my preparation for my career,” says Cory. “My supervisors helped me develop and edit a professional resume that applied to this career field. They were very resourceful in the way they provided me guidance with the different ways that I can search for jobs in campus recreation and fitness.”

After graduate school, Cory applied for a position at the University of Florida, where he has been since spring 2017 serving as the assistant director for fitness programs. In his time there, Cory has proactively made changes to the program, which have been well received and have improved student experiences and program performance.

“Honestly, if I would have never gotten involved at Rowan the way that I did in challenging myself to do all these different things with the university, my trajectory would have never landed me here,” says Cory.

For anyone who is interested in a similar career path, Cory has these tips for students:

Photos courtesy of:
Cory Bennett and The University of Florida