Meet Howard Beder, a 1988 Rowan alumnus from the College of Communication and Creative Arts and past president (1986) of the Alpha Phi Delta fraternity. Today, he shares how his experience as a Communication major helped him achieve his goals.

Howard chose Rowan University (then Glassboro State College) because it was merely two hours away from his hometown of Maplewood (Essex County). He admired the environment offered at Rowan and decided to attend.

He believes that communications courses offered at Rowan enhanced his ability to convey information effectively both verbally and in written form. According to Howard, “interacting with people is paramount.” Although unsure of his major at first, he understood that a degree in communications can apply to any line of work.

“Ultimately in the end, no matter what your expertise, no matter how great your grades are, a lot of your success and achievements will depend on how you deal with people,” Howard said.

Now, Howard is the CEO and president of First Class Entertainment Inc., an entertainment booking agency founded in 1990 in New Jersey that represents performing artists from all over the globe from the worlds of stage, television and film. Within the agency there are branch offices in California, France and Canada. The company books entertainment for a number of international cruise lines, performing art centers, theaters and casinos. Over the years, First Class Entertainment Inc. has grown to become one of the main specialty agencies that books headline entertainment for the cruise industry worldwide. They even represent Steven Seagal and his blues band Thunderbox, Jack Wagner, and The Platters®, among many other internationally renowned artists, and have worked over the years with numerous A-list celebrities.

Howard is also CEO and president of Howard Beder Productions, a division of First Class Entertainment Inc., representing legendary and accomplished show producers and their entire catalog of shows, as well as to create and produce large scale production shows independently. Also serving as Executive Producer, Howard represents theatrical stage shows for Broadway and other venues, as well as feature film and television projects in an effort to raise capital.

Howard is additionally involved as a partner and executive producer in a philanthropy project called Tomorrow’s Child. He hopes to organize an Olympic-scale globally broadcast epic fundraising concert that features artists from every country and a child from their respective country. The event will culminate with one artist and one child from every country performing the song, “Tomorrow’s Child,” co-written by partner, executive producer, and internationally acclaimed songwriter Alan Roy Scott and Oscar and Grammy-winning songwriter Will Jennings (“My Heart Will Go On”/Titanic, etc.), accompanied by an all-star “house band,” Philharmonic Orchestra, and the renowned World’s Children Choir. This finale will show the world for a few brief moments that we are all united through the universal language of music, and our love of our children on this small planet we share.

No country will have a larger representation based on size, political power or other factors that would upset the balance. Every country’s child and artist representatives will have the same weight as all others in this moment. The proceeds of the event, through the channels of the International Federation of Red Cross & Red Crescent Societies along with UNICEF, will go to help children in need of food, clothing, medical aid, clean water, housing and more.

He believes that the key to success is always giving back — which is what Howard hopes to do on a large scale with Tomorrow’s Child. Fundraising efforts continue toward the $20 million goal necessary in order to execute this globally broadcast charity event.

Howard wanted to give a few pieces of advice to Rowan students about achieving success: 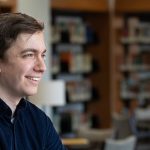 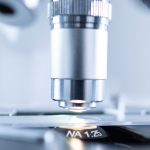 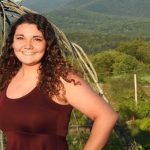 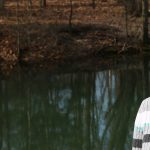 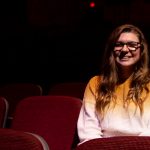