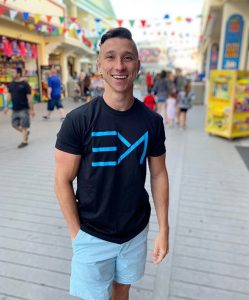 Derek first attended Drew University but decided to transfer to Rowan University his sophomore year. “Once I made the decision that Drew wasn’t for me, I immediately went straight to Rowan. My sister also graduated from Rowan, so it was either Drew, Rutgers or Rowan. And then I decided that Rowan was the perfect fit. I didn’t even go to the school [Rowan], since my sister went there, so it was a whole new campus that I found when I transferred there,” Derek said.

Derek decided to major in Finance and minor in Economics because growing up he had relatives working on Wall Street who also taught finance. “So, I grew up wanting to simulate that. Over time I grew out of it, which kind of led me to do marketing. And now I do digital marketing full-time,” he said. 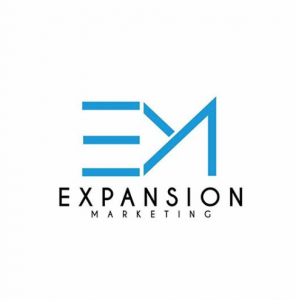 In 2017, Derek started up his own social media business called Expansion Marketing. “I was bored of doing social media online for different companies, so I ended up making it to a business,” he said. As a sophomore, Derek worked with Hollywood Tans, which is located on Rowan Boulevard, and with Royal Bargains in Blackwood, NJ. “So, I basically started doing social media marketing for them, running all their pages. Then it got into website development, and then I expanded it to SEO [search engine optimization] and things along those lines,” he said.
As Derek’s agency grew, he knew it was time to register his business. “Now that it’s a full-service digital marketing agency, I got the LLC in April 2019,” he said.

When Derek first started his business, he said he struggled at times but kept going. “I spent hours each week studying digital marketing and reading on my own, basically all self-taught. So, when I first got started it was pretty difficult, but I just kept going with it. Eventually I was able to grasp most of it,” he said. “Also, when I was struggling at first, I spoke to Professor Jon Vogel, who’s at Rowan and has his own digital marketing company too. He helped me create a plan for my own company.”

Apart from running his own business, Derek is currently working full-time as a digital marketing specialist for Agilis Chemicals. “It’s a tech startup based in New York and New Jersey in the chemical industry. It’s a commerce platform for chemical products, which is new to the whole industry, so it’s a cool start up.” 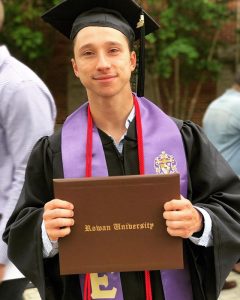 He also started his own sports podcast with two current Rowan students. The podcast is called This League. “We have a couple of interviews lined up with NFL players and a couple of coaches. It will be on Spotify and Apple Music,” Derek said.

His advice for all future freshmen: “Be very open minded. You’re not going to know exactly what you want to do when you first start. I transferred to a whole new school, became a Finance major and Economics minor and then I ended up moving into marketing, sports and digital marketing at the same time after graduation.”