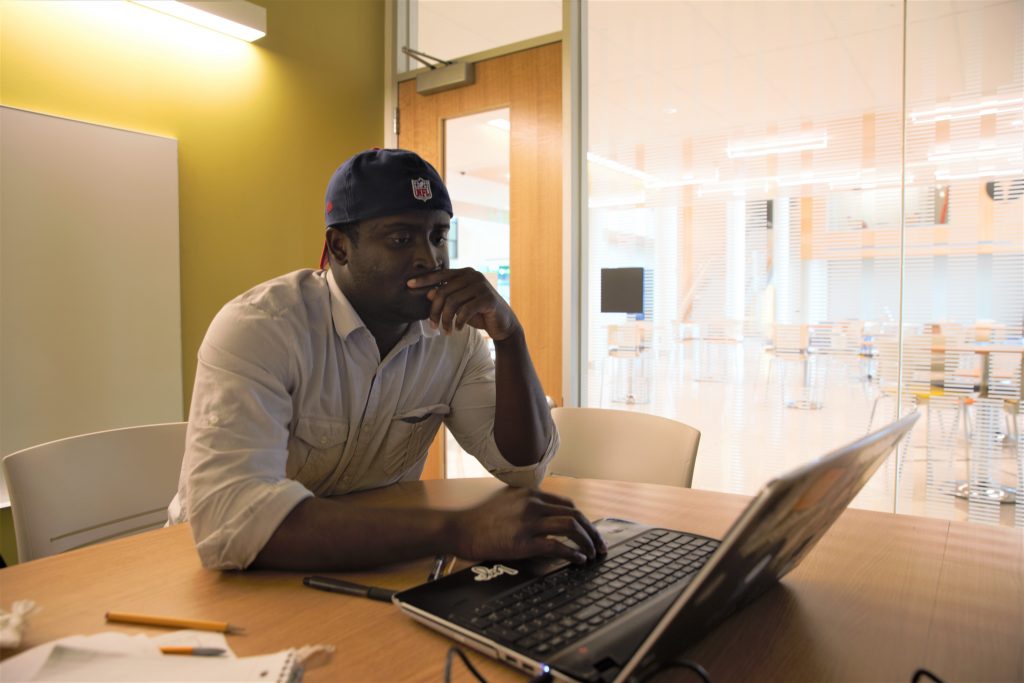 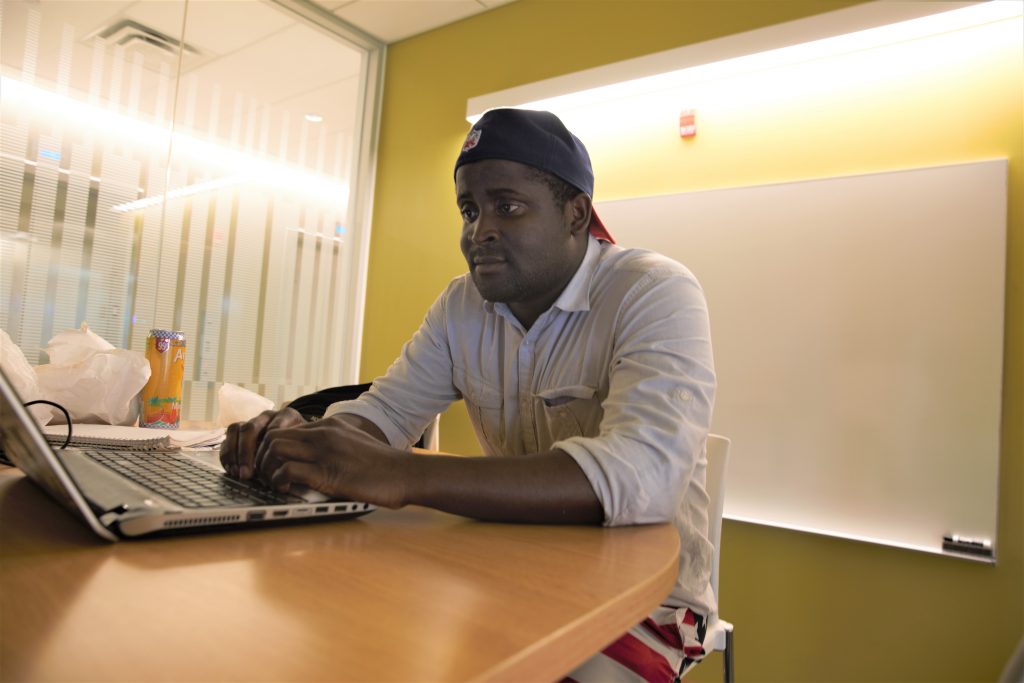 Elija Amponsah is one of seven children. He’s the first one in his family to major in computer science and mathematics. “They still don’t know what computer science is. I told them ‘Put it this way, everything you guys use we build it, we give it life. Like your cellphone and the apps, you have someone like me, we have to write it. You’re a nurse the programs that you use in your field on your computer, someone like me has to write it. The computer is just the hardware part. You can have a computer, but if you have no software you can’t use it.’ And that’s what I tell them.” 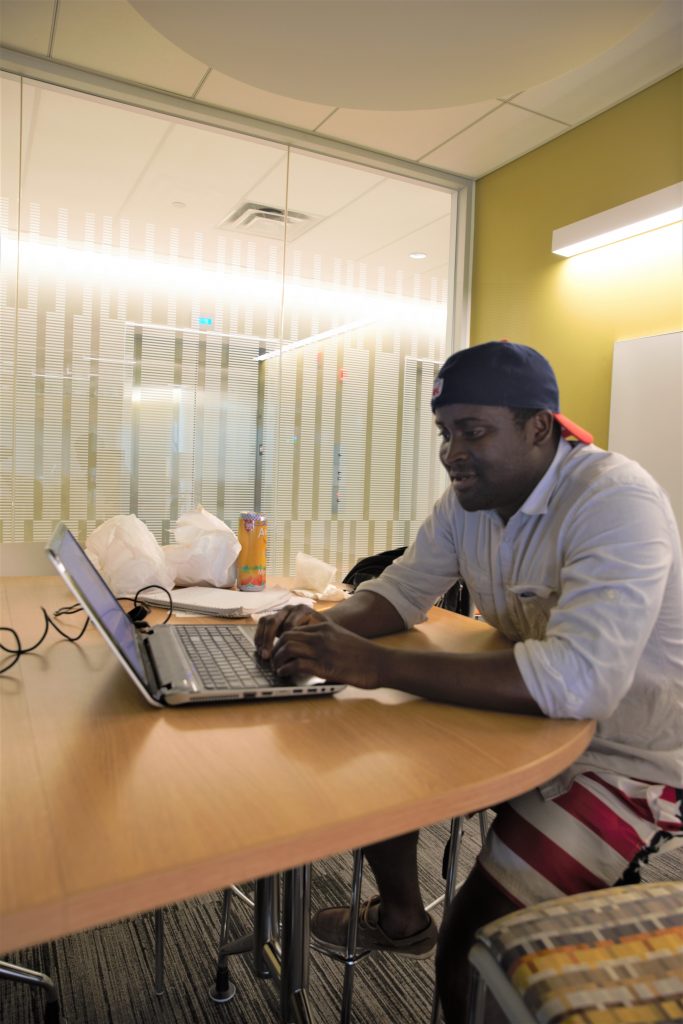 What inspired Elija to major in computer science and mathematics was laziness. “If you talk to someone that knows about computer science or computer engineering, they will tell you that computers are really dumb. But someone who doesn’t know, like someone in a different field they will tell you that computers are really smart. Computers do things that we as humans can’t process in our brains, because if you tell me to count from one to infinity, I will get tired and bored. Computers can do it and faster. So, I figured why don’t I just learn how to do that and let them do the work that I don’t feel like doing.”