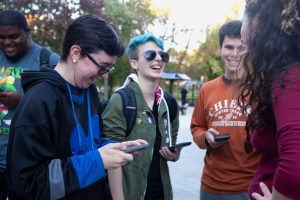 If you’re ever walking through campus and see a huge crowd gathered, have no fear — it’s not an angry mob or a protest, it’s a Pokémon Go hotspot! Though it’s been a while since anyone has mentioned the once-popular game, recent updates and additions have spiked its popularity again, sending Profs out and about around campus. Word travels quickly once a notification goes out through the app, sending students (or trainers, in Pokémon lingo) in clusters all over Rowan grounds to find where the coveted Pokémon spawn.

“We have a whole group on Facebook with hundreds of members, just dedicated to Pokémon Go players throughout Glassboro. Today we saw on the app that valuable Pokémon were popping up by the library, so we sent out an alert in the group and a bunch of us met up here,” says Phil Giangiulio, a senior Radio/TV/Film major from Cape May, N.J. (Cape May County). About 25 people huddled behind him between the library and the Student Center patio, capturing their Pokémon, trading, and comparing their collections.

“It turns into a social thing,” says Alyssa Indriso, a junior Computer Science major from Marlton, N.J. (Burlington County). “If it’s a good enough Pokémon everyone will show up to get it, and once it’s captured we always end up sticking around to talk to people. I think we can all agree that a lot of friendships have been formed this way.”

Hannah Spronz, a sophomore Studio Art major from Belvidere, N.J. (Warren County), learned all of the tricks from mutual friends within the group. “Community days are my favorite,” she says in regards to the scheduled special events throughout the world of Pokémon Go, designed to get more trainers out and catching new Pokémon. “That’s when everyone comes out, because there are special incentives. Sometimes we can see ahead of time when another Pokémon will be released, so we plan to meet up and catch it at a certain time.”

Students in need of a study break or a breath of fresh air will love the sense of community these Pokémon Community Days and raids bring to campus, and quickly get into the game! Members encourage new players to enter their groups, regardless of experience level — just search “Pokémon Go Glassboro” on Facebook. Happy catching, trainers! 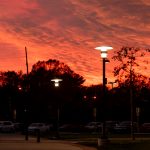 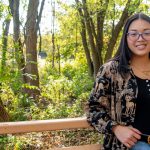 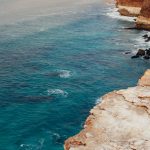 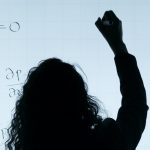 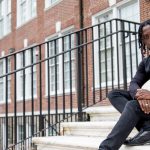