I came into Rowan University 2 years ago not knowing w 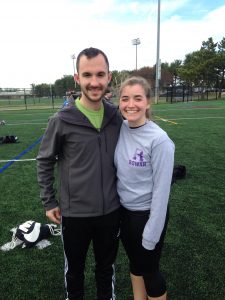 here I fit into this large school with over 300 different organizations, but my summer orientation leader helped me out a lot with finding my place. His name is Vinny, and he helped make my first experiences at the school fun and entertaining during my overnight summer orientation. I envied how he and the other orientation leaders (called PROS) interacted with each other; they were the crazy group of friends I wanted to have. At the end of my orientation, Vinny offered his contact information in case I had any questions regarding classes, clubs, or Rowan in general, but I never reached out of some reason.

A few months later, around November of my freshman year, I fell into a funk that consisted of napping and Netflix. One night, my roommate dragged me to a meeting for a large organization on campus called the Student University Programmers (SUP), an organization that puts on events by students, for students. I recognized a familiar face on the executive board of this club- Vinny. Seeing him kept me through the meeting, thinking that if he enjoyed this organization so much, I most likely would too. 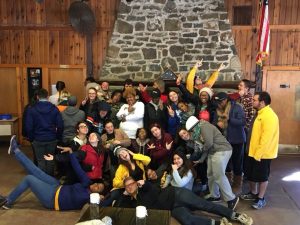 Fast forward to now, Vinny and I are good friends and I am in training to become an orientation leader just like he was. I found my own family within PROS and believe me when I say they are my new family. Although he graduated in May, I have Vinny to thank for helping me find my place in Rowan. He gave me the inspiration to become an orientation leader to pay it forward to students who might be as lost as I was. Rowan has always been home to me, Vinny just helped me see that.

What clubs or organizations do you think you might want to join? Tell us in the comments below!