Normally, our #PROFspective series highlights a day in the life of a major here at Rowan University, through the written word of the student. With sophomore music major Steve Solkela, however, we felt it best for him to tell part of his story in his own voice.  A Minnesota native, the one-man-band will share his #PROFspective on what it’s like to be a vocal performance major here at Rowan University. 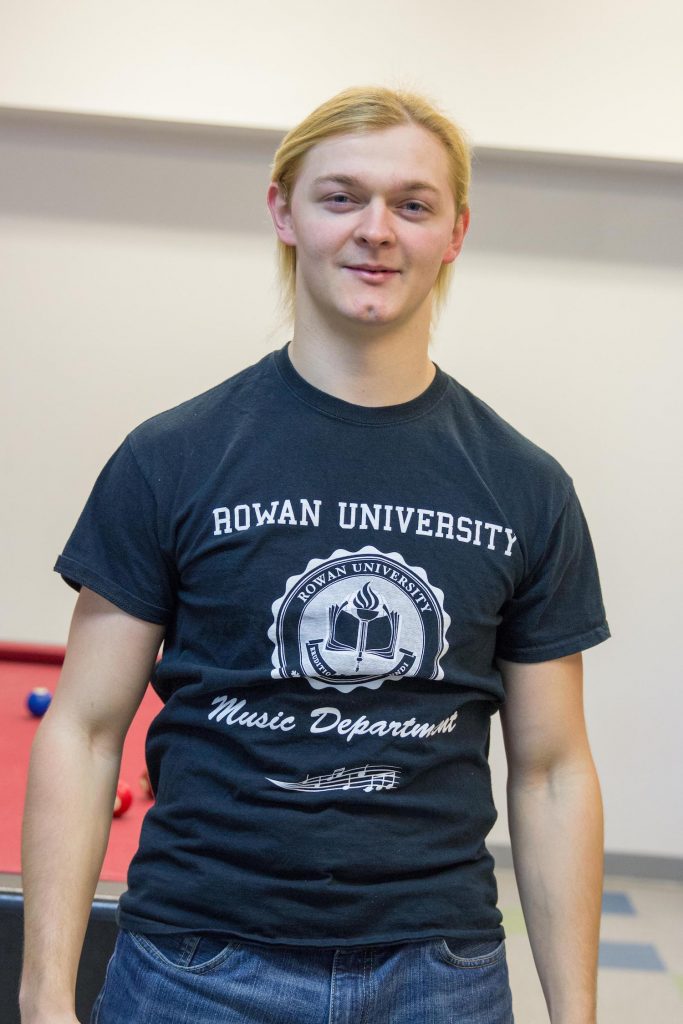 Why did you choose your major? The major chose me.

One reason why you chose Rowan? It’s actually a funny story. I didn’t even plan to go to college. I was going to enlist as a Marine. But, at age 14 I met Veda Zuponcich, a piano professor from Rowan who holds a music festival in Minnesota each year. I worked at the festival as a stage crew member. At the end, Veda spoke to each person and when I said, “Thank you” in my naturally deep voice, she noticed me. (I was able to hit a low F as a high school freshmen.) My senior year Veda bought me a plane ticket to audition for Rowan’s music program as a bass vocalist. To my surprise I was a decent singer and I was offered a full tuition scholarship. 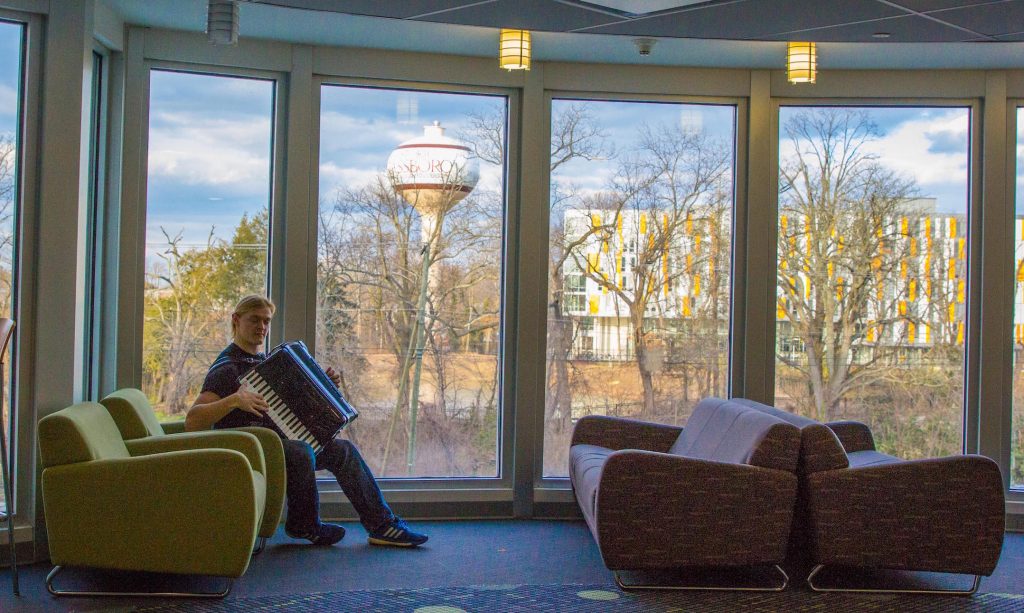 My Life at Rowan University

I try to sing every week, even though the music department does not require it. It helps with stage fright. So every Wednesday and Saturday I sing, usually with a master class in the music department. Last night I sang the national anthem at the women’s basketball game, too.

I’m a sophomore, so I’m starting to really get into my classes that involve my major. My professors are really working with me to train my voice in a high range. I’m not entirely confident that it’s working, but I know that I need to make progress in this area to do what I want to do professionally after graduation: to join an opera database in Europe or here in the States. There are a lot of opportunities to perform on campus here at Rowan, and I feel that is one of the strengths of Rowan and this program. 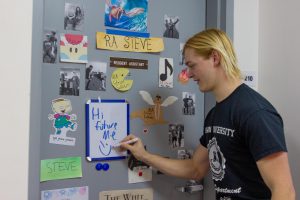 Right now the courses I’m taking are Student Recitals, Secondary Applied Instrument I, Professional Applied Voice 4, Opera Company, Men’s Chorus, Development of Musical Styles and Forms III, Collegium Musicum, Music in World Cultures: Asia & Oceania and Contemporary Mathematics. A total of 17 credits, which is a pretty heavy load. As you can probably imagine, Contemporary Mathematics is my least favorite class. I love my Development of Musical Styles and Forms III class. My professor is from Italy and makes the class a lot of fun.

My voice, my accordion and the fact that I’m from Minnesota make me stand out just a little bit on campus. I am an RA now, in Whitney Center. I find that people come to me for advice because they assume that since I’m an RA I have my life together. People on my floor look to me like a leader, like a big brother. I do have the reputation of being rather tough, though. I adhere to the rules and expect my residents to do the same.

I’m grateful for my job as an RA. Quite simply college would not have been affordable for me without it. My music scholarship covers tuition and my RA position covers room and board.

New Jersey is quite different from my farm back home in Minnesota. Minnesota will always be home, but I am glad to have the opportunity to study here at Rowan University.

My one bit of advice for future students: Remember that nothing in life is stopping you from doing everything you can.