Rowan alumni Bernard (‘94) and Julie Creache (nee Santoloci, ‘97) are the type of couple that will remind you of the various definitions of love this Valentine’s Day.

Besides the usual love that is shared between swooning couples each Valentine’s season, Bernard and Julie beam with the love of friendship as well, both for their lifelong friends that they met here at Rowan, as well as for each other – a relationship that blossomed while they were students. While talking over the phone with them, it was like talking to two best friends who just so happened to be in love.

It was a typical Friday night at Rowan when Julie and Bernard met. They were with different friends enjoying a night out when they first saw each other. Bernard was a senior at the time; Julie a freshman.

Their first date was a date party hosted by Julie’s sorority, Delta Phi Epsilon. Seventeen years of marriage later, that memory still sticks in their minds, along with a now lifetime full of memories.

Reflecting on their years here at Rowan, Bernard says he joined Alpha Phi Delta after noticing that “the brothers there were very welcoming and friendly.” To Bernard his fraternity became his family and true brothers, along with his fellow students from the Educational Opportunity Fund and Maximizing Academic Potential (EOF/MAP) programs. 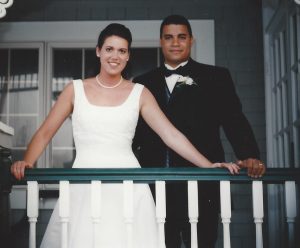 Bernard grew up in Puerto Rico, and when he came to Rowan it was only his second year in the States. Most of his family was living in Puerto Rico, so he was incredibly grateful for the opportunities and kinship that EOF/MAP and Alpha Phi Delta provided him. He called the groups his “second family and home away from home.”

Julie joined Delta Phi Epsilon because she believed it was a “very good support system,” and provided “lifelong friendships,” which for her is still true. “In terms of friendships, we still have them. We get together multiple times of the year. They’re my best friends,” she said.

While they were active socially on campus, they also remember fully enjoying the academics that Rowan has to offer.

Julie said, “The academics definitely had high standards, and it was a well-rounded university.”

Bernard explained that he practically re-learned the English language with his fraternity brothers during the time he spent at Rowan. He added, “The friendships that I developed at Rowan, in many ways, shape the person I am today. Not just through friendships, but also academically.”

Bernard earned his communication degree in 1994, while Julie earned her degree in mathematics as a member of the class of 1997. Bernard currently works for The Division of Child Protection and Permanency as a litigations supervisor, while Julie is vice president of data strategy at TD Bank.

As they continue to move forward with their lives and create new memories, they have not forgotten the friends they met long ago at Rowan.

“Rowan encouraged very good friendships that today I still have and I’m very thankful for that,” said Julie.

The passion for friendship that these two share can remind the Valentine’s Day cynics out there that there are other types of love and relationships that people can be a part of. Such as friendships. 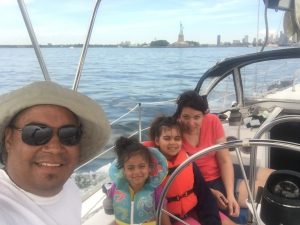 The two now live in Camden County, New Jersey, about a half hour away from Rowan University, with their two daughters, Jillian, 5, and Alicia, 9. They enjoy spending time together as a family and, more specifically, spending time on their sailboat sailing on the Hudson River.

Julie’s sorority is still on campus, helping to create lifelong bonds of sisterhood for about 100 young women a year. Bernard’s fraternity will recolonize their chapter this upcoming fall 2017.

Did you meet your lifelong best friends at Rowan University (or Glassboro State College)? Share in the comments below! 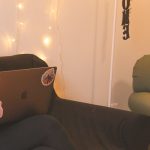 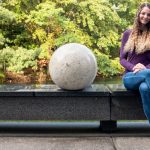 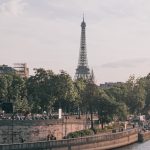