Tables, tents, and twinkling lights lined Rowan Boulevard on a magical December evening as guests gathered to celebrate their joy for the season at Glassboro’s annual Tree Lighting, Boro in Lights. 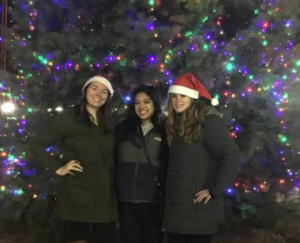 The Rowan After Hours event included live performances, ice sculpture demonstrations, and a Toys for Tots canned food drive. Each table along the boulevard had its own special treat to give out, including Santa hats that created a sea of red amongst the crowd.

The food tents served hot dogs, chili, funnel cake and hot chocolate, which became the perfect touch of warmth for the wintery evening. As we know, students love free food. 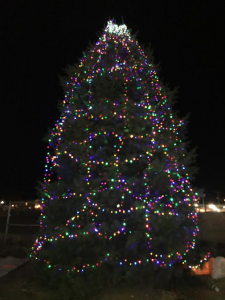 “We had a great turnout and a lot of representation from the Rowan community — alumni, students, family, staff, and a lot of guests from Glassboro and surrounding towns. I am pleased that attendance increased from 500 students last year to over 700 this year,” said Megan McHugh, assistant director of the Office of Student Activities/Rowan After Hours program.

Guests waited patiently for the arrival of Santa and were delighted when he appeared on a fire truck decked out in Christmas lights. With the wave of Santa’s hand and the Magic of Christmas, the tree lit up, along with the faces of all of the children in the crowd. 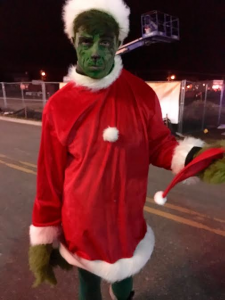 The Grinch joined in on the evening’s festivities, but was no match for Santa’s power. “So much Christmas to steal, so little time,” said the Grinch, otherwise known as Tyler Waddington, an electrical and computer engineering major from Woolwich Township, Gloucester County.

Free horse and carriage rides were offered, along with the chance to meet the man of the hour, Santa Claus himself, to finish the evening off. “It was a nice night to kick off the holiday season,” said Megan, who found time to enjoy the event, in addition to organizing it.