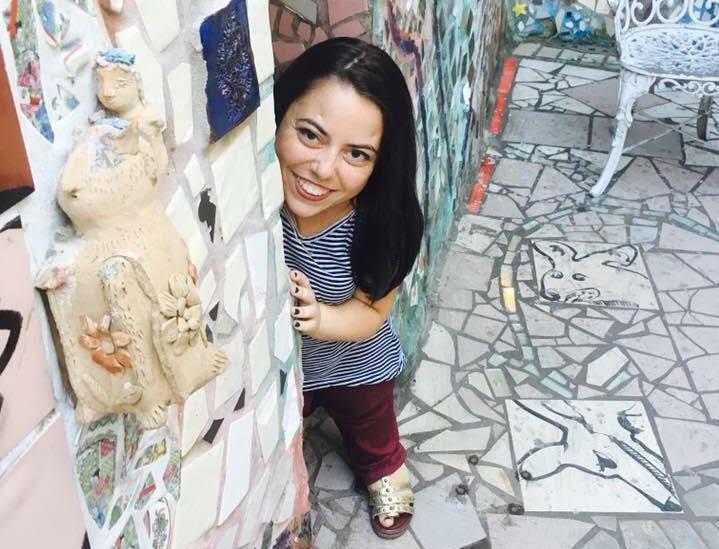 Don’t let her size fool you; Mackenzie Trush is a force to be reckoned with. 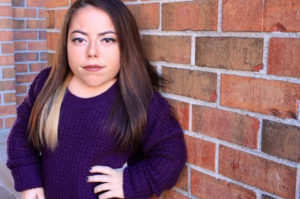 A sophomore at Rowan University originally from Franklinville, Gloucester County, Mackenzie Trush is making history on Tohill Stage as the first little person to star in a mainstage show. Standing at 36 inches tall, she was born with one of the rarest forms of dwarfism called Spondylo-Epi-Meta-Physeal Dysplasia (SEMD). There are only 100 known cases of this particular type of dwarfism, so she is quite unique to say the least. Everyday life presents its daily challenges, but Mackenzie rises up to overcome all obstacles and go above and beyond, living her life to the fullest.

Her parents, Len and Michele Trush, took her to many theatre productions as a child. What they didn’t know was that these seemingly insignificant gestures would change her life. Mackenzie always admired the performers and wanted to be just like them. She started taking acting and dancing classes and performed in plays and musicals on multiple stages in South Jersey. During her senior year of high school, she declared that theatre was more than just a hobby; she wanted to make a career out of it. With this bold decision, she auditioned for Rowan’s Theatre and Dance Department, earning herself a position as a musical theatre and acting/directing student on scholarship.

I auditioned with Mackenzie for the theatre department back in 2015 and her charm stood out right off the bat. Now, as one of her roommates in an off-campus apartment and one of her best friends, I must say Mackenzie is the most optimistic, enthusiastic and determined girl I know. Despite her small stature, she creates a huge presence in a room.

“Mackenzie is an incredible problem solver. She figures out how to overcome challenges presented to her. Not to mention, she is unbelievably kind and a has a genuine soul,” says fellow Rowan student Shannon Q. Harkins. 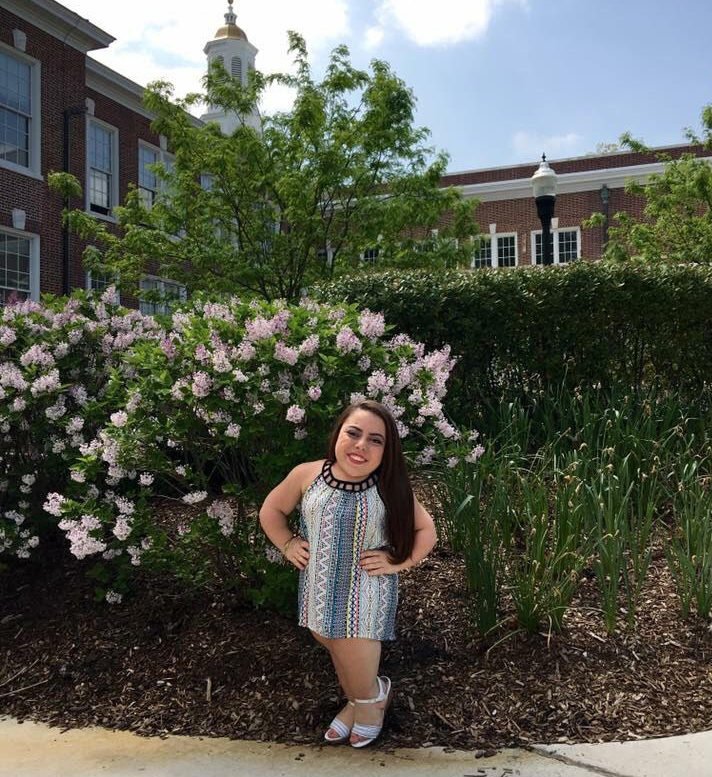 “They say I’m as strong as a tigeress”- Azaria, Mackenzie’s character in Danse Macabre, says. She’s powerful, she’s strong, she’s dominant. There is nothing small about this girl and Mackenzie is the perfect fit to take on this role. Choreographer Paule Turner recognized that Mackenzie never saw her size as a weakness, but rather an asset to the cast.

Always the firecracker, Mackenzie looks forward to showcasing her talent. “I feel grateful that the theatre department faculty and students at Rowan within the College of Performing Arts are so welcoming of diverse people. I’m happy that I am part of such a close-knit group of people who feel like family,” she says.

In Danse Macabre, this original work of dance theatre promises to be a dark, gothic, quirky fantasy pondering the fragility of life and features live music, dance and puppetry, according to the website description.

Come be a part of Rowan history at Danse Macabre on the Tohill Stage in Bunce, Thursday, Dec. 8 through Sunday, Dec. 11. Tickets are free for Rowan students with ID; $10 for alumni, faculty, military, seniors, non-Rowan students and children; $15 for adults. Buy tickets here.

For more information about the show, check out these write-ups on NJ.com and Facebook.

Let us know in the comments below what you think of the show – or if you’d like to give a special shout-out to Mackenzie!