Four guest speakers, over 60 students, free food and admission — what else do you need to spend a quality evening outside your classroom?

On October 24, 2016, the Philly Ad Club together with the Rowan Ad Club hosted their 3rd annual Perfect Pitch at Rowan University’s Shpeen Hall for students to prepare for careers in social media, digital advertising and marketing. While the event was open to all majors, mostly advertising and public relations students from the College of Communication & Creative Arts came to network and listen to professionals from their fields of study. The four panelists included: 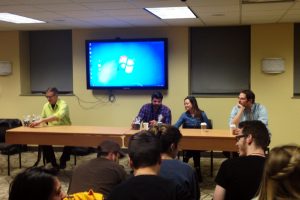 The room began to fill with chatter before 6 p.m. when the doors officially opened, as the students were enjoying hot drinks and sandwiches, looking for a perfect seat or talking to a group of friends. When all of the panelists and students arrived, the event began around 6:30 p.m.

Natalya Velky and Joe Bianco from 1 Trick Pony, a creative services shop (as they call it), opened the evening by sharing their story of successful brand building for Virgin America and Virgin Hotels in Chicago. You would think such a big company has plenty of money to spend on promoting its brand … not exactly. As Natalya, a Rowan graduate and a former member of Rowan Ad Club, mentioned, the agency had to create everything from scratch, relying on a tiny budget using every medium and a lot of PR. 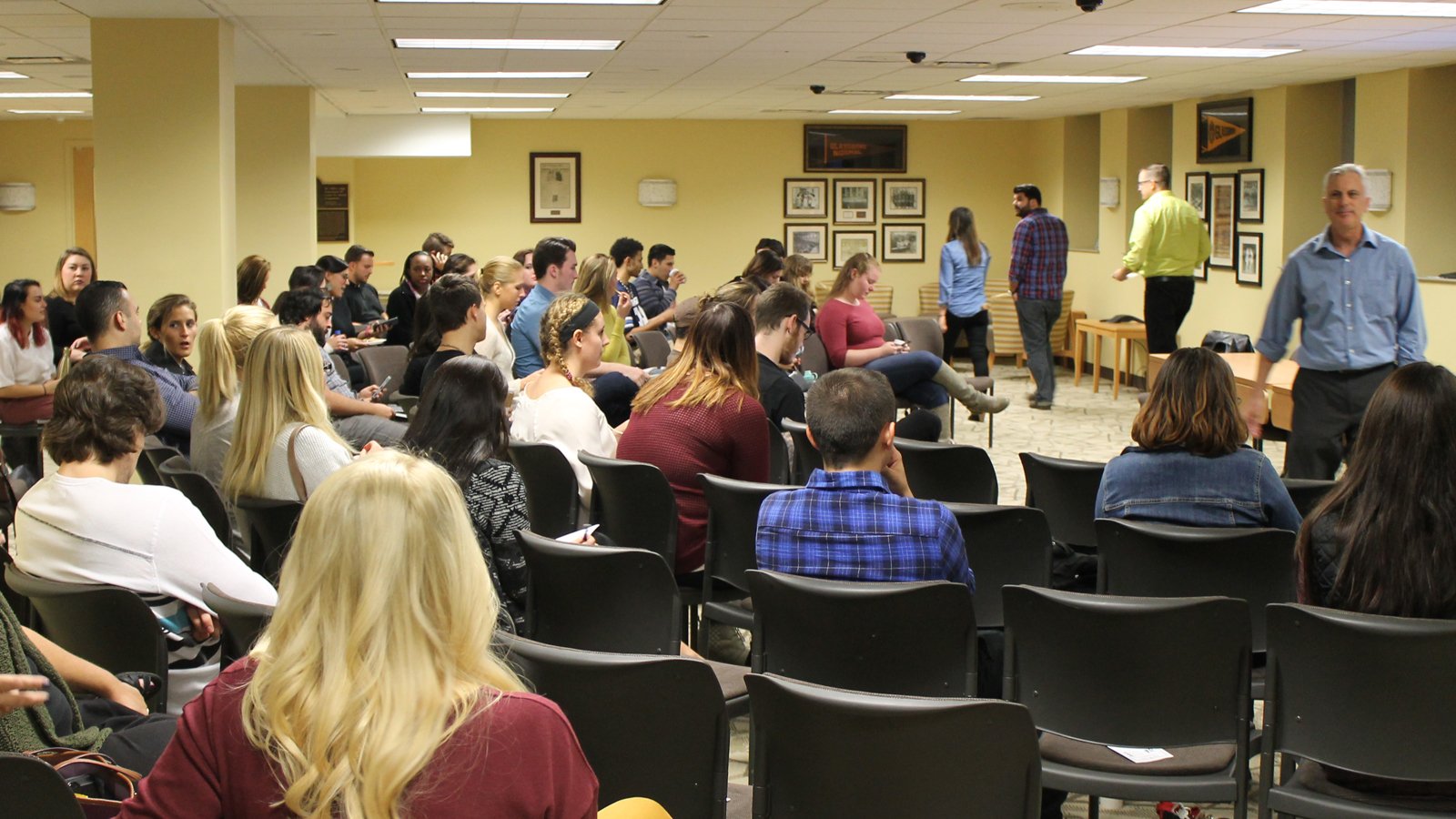 Social media came in handy. But as it turned out, while social networking itself is free, advertising and marketing on the channels are not. When the agency planned to initiate a social media campaign for Virgin, four days before the official launch their chosen social media channel changed course, asking for $350k – much more than was budgeted or planned for. 1 Trick Pony declined their offer and brainstormed a different campaign for Virgin under the crunch of a deadline and while sticking to budget.

Following the first two panelists, Chris Lukach from ACKG, a 34-year-old national PR firm, talked about crisis communications in the digital world. A Rowan graduate and a former PRSSA (Public Relations Student Society of America) chapter president, Chris referred to social media as being your ‘frenemy’ during a crisis. “We are fighting a battle that is really difficult to win,” commented Chris, meaning that rumors and misinformation can help crisis bloom in the vastness of social media.

The final presenter was Scott Bille, from ab+c, marketing communications agency. “We are doing fun stuff, but we are doing it for the people that pay our bills,” explained Scott about his agency. He talked about rebranding of the American Nurses Association’s NDNQI® website and a successful creation of a DUI prevention campaign for The Delaware Office of Highway Safety. Part of the first campaign includes a tracking system allowing the company to generate leads. The tracking contains consumer’s information to the point that it gets “creepy if you are a customer, but great if you are a marketer.” 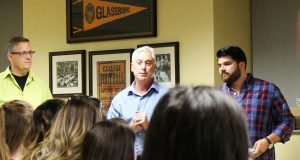 The three presentations followed a Q&A session, in which the panelists shared some tips on how to land a job in the industry. Natalya advised students to get as many internships as possible. Scott recommended to network and create an account on LinkedIn. Chris mentioned informational interviews and pointed out that more job opportunities come from them. While Joe suggested to read anything students can get their hands on about the industry.

Concluding the evening, the guest speakers touched upon a dilemma concerning many students: master’s degree or work experience after your undergraduate degree? Everyone agreed unanimously that work experience is more beneficial for an undergrad. While education is never a waste, hands-on experience provides you with plenty of knowledge, especially in the first six months. Plus, employers are more “excited” about your work experience. We absorb more while doing a job, than while theoretical learning, they believe.

Again, the event was open to all majors and was a perfect opportunity to step outside your major to network and learn about the impact of social media in digital world. Do you attend campus events not related to your major?